Driver arrested for hitting and killing pedestrian, driving away

27-year-old Felton Armstrong III was later located and arrested for failure to stop and render aid.

AUSTIN, Texas - The Austin Police Department (APD) has arrested a 27-year-old for hitting a pedestrian in South Austin and driving away without offering to stop and render aid.

According to police, officers were dispatched to the 700 block of the westbound service road for East Ben White Boulevard around 9:42 p.m. on Monday, October 11 for an auto and pedestrian crash.

When officers arrived, they found a 45-year-old pedestrian who was deceased.

During the course of their investigation, police determined that the pedestrian was crossing Ben White, mid-block when he was struck by a 2005 white Toyota 4Runner.

The driver of the 4Runner, later identified as 27-year-old Felton Armstrong III, left the scene and was later located and arrested for failure to stop and render aid. 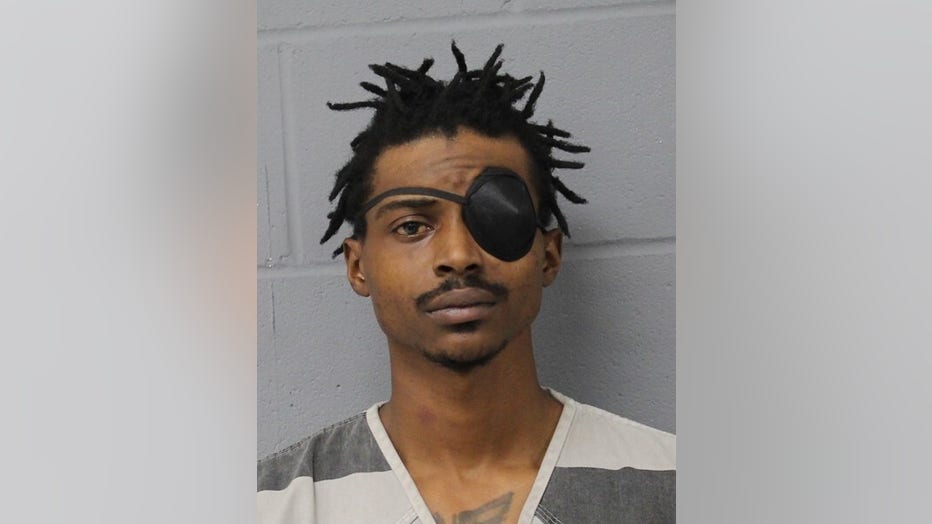 Felton Armstrong III is accused of hitting a pedestrian and driving away without offering to stop and render aid. (Austin Police Department)

Anyone with information regarding this case is asked to contact the Highway Investigation Tip Line at 512-974-8111, utilize the Crime Stoppers tip line at 512-472-8477 (TIPS), or the Crime Stoppers app. You may remain anonymous.
You can also submit tips by downloading APD’s mobile app, Austin PD, for free on iPhone and Android.