DuckDuckGo’s CEO announced on Twitter that the company has "down-ranked" several websites associated with Russian disinformation amid its invasion of Ukraine.

DuckDuckGo is a search engine that allows users to surf the web without anyone tracking their history, according to the website.

"Like so many others I am sickened by Russia’s invasion of Ukraine and the gigantic humanitarian crisis it continues to create. #StandWithUkraine

In addition to "down-ranking" websites aimed to spread disinformation about Russia’s invasion of Ukraine, the company is also providing quick links to credible sources of information as events of the invasion unfold, Weinberg added.

Some users of DuckDuckGo were not thrilled with Weinberg’s announcement as the limitations put on websites allegedly linked to Russian disinformation go against the reason the search engine was formed in the first place.

Netflix and TikTok suspended most of their services in Russia earlier this month as the government cracked down on what people and media outlets can say about Russia’s war in Ukraine.

TikTok said Russian users of the popular social media app would no longer be able to post new videos or livestreams and they also wouldn’t be able to see videos shared from elsewhere in the world.

Google said Thursday that it is now pausing the "vast majority" of commercial activities in Russia after announcing last week that Google ads would be suspended in the country.

Russians will no longer be able to sign up for Google Cloud, use Google's payment services or monetize YouTube channels from views that originate in the country. 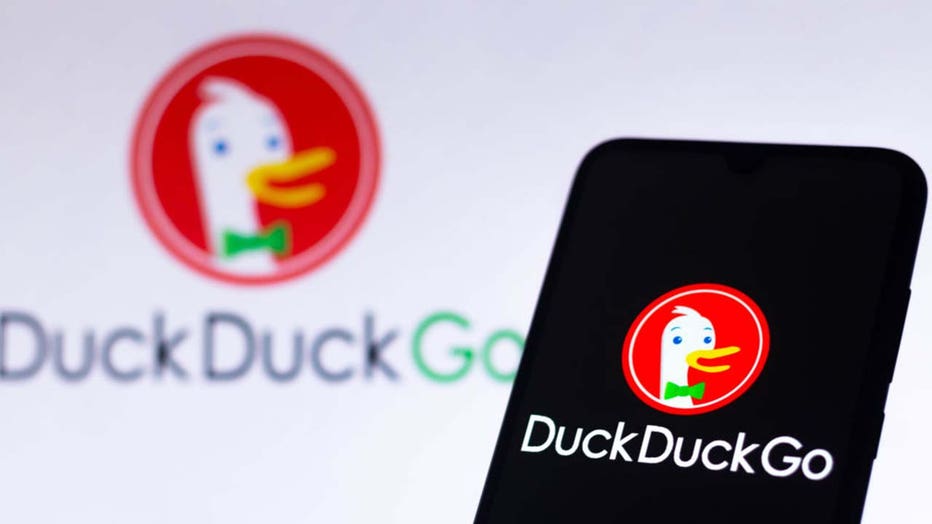 FILE - In this photo illustration, the DuckDuckGo logo seen displayed on a smartphone. (Rafael Henrique/SOPA Images/LightRocket via Getty Images)

Google has already removed RT and Sputnik from Google Play but said Thursday it will remove other apps by Russian state-funded media.

IBM said on Monday that it has suspended all business in Russia. Meanwhile, Amazon said Tuesday that it is no longer allowing sign-ups for Amazon Web Services in Russia, shutting off prime video in the country and suspending retail shipments there.

Microsoft paused all new product and service sales in Russia last week as the company's president condemned the "unjustified, unprovoked and unlawful invasion by Russia."

Apple took steps to limit its payment service and paused all product sales in Russia last week. Queues for the metro in Moscow were reportedly backed up as Russians could no longer use Apple Pay to swipe into train stations.

More than 300 companies across various industries, including energy, food, agriculture, and transportation, have withdrawn from Russia in recent weeks, according to a running list managed by Yale University professor Jeffrey Sonnenfeld.

The Associated Press and FOX Business contributed to this report. This story was reported out of Los Angeles.