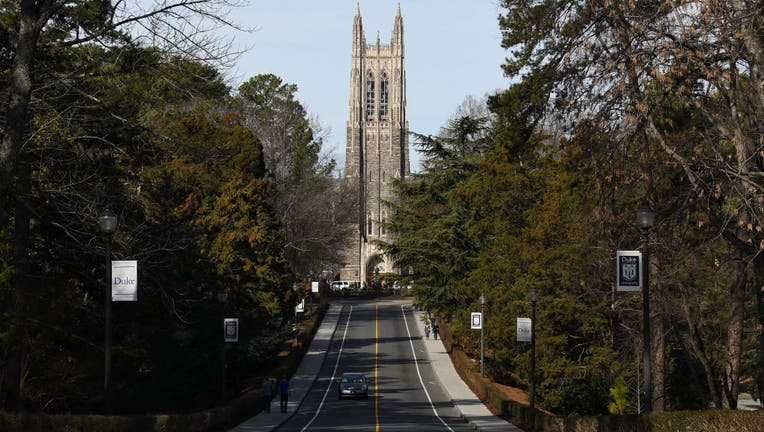 "We are aware of and concerned about these allegations and have initiated a process to understand the facts of the situation," Duke’s Chief Communications Officer Michael Schoenfeld said in a statement to FOX Television Stations. "Duke University expects all students to abide by their commitment to the Duke Community Standard in everything they do as students."

A side-by-side comparison of the speeches was also posted on a YouTube video.

The Chronicle highlighted several instances where the speeches overlapped. For example, both speeches highlighted the power of a university’s student newspaper.

In Abushaar’s 2014 speech, she said, "the skin of our feet collecting a world of experiences, we each become this place in a strange way, each of us picking up bits of people and history and ideas that changed the way we saw the world, accumulations I hope..."

In Parkash’s 2022 speech, she said "the sole of our shoes have collected a world of experiences, we all have become this place in rather perplexing ways, each one of us internalizing pieces of people and history and ideas that have transformed our outlook on the world— stockpiles that I hope..."

The paper then highlighted further similar statements and subjects touched on by both graduates, providing transcripts of both speeches.

"When I was asked to give the commencement speech, I was thrilled by such an honor and I sought advice from respected friends and family about topics I might address," Parkash responded in a statement through her PR rep.  "I was embarrassed and confused to find out too late that some of the suggested passages were taken from a recent commencement speech at another university. I take full responsibility for this oversight and I regret if this incident has in any way distracted from the accomplishments of the Duke class of 2022. "

The Chronicle said Parkash did not respond to multiple requests for a statement.

FOX Television Stations has reached out to Harvard University and Abushaar for comment. In a statement this week to The Harvard Crimson, Abushaar said she hoped it could become a learning opportunity for Parkash.

"The goal of my address was to inspire young people, and especially young women, from all backgrounds to break barriers in striving for their aims and to have the courage to use their voices to share their stories and serve as forces of good," Abushaar said in the statement. "I hope that this incident was a serious error in judgment and that the student can take this opportunity to learn and grow from it."

It’s not the first time highly-regarded speeches have been in the headlines over accusations of plagiarism.

In Mrs. Trump’s speech in Cleveland, she said, "From a young age, my parents impressed on me the values that you work hard for what you want in life, that your word is your bond and you do what you say and keep your promise, that you treat people with respect. They taught and showed me values and morals in their daily life."

In Mrs. Obama’s 2008 speech in Denver, she said, "And Barack and I were raised with so many of the same values: like, you work hard for what you want in life, that your word is your bond, that you do what you say you’re going to do, that you treat people with dignity and respect, even if you don’t know them and even if you don’t agree with them."

The speechwriter, Meredith McIver, took the blame and offered to resign. The speechwriter, however, made it clear that Trump knew that the passages she read to an enthralled convention had come from Obama.

Then-presidential candidate Donald Trump rejected McIver’s resignation. "She’s a terrific person," he told ABC News. "She just made a mistake. And I thought it was terrific the way she came forward and said look, it was a mistake that I made."