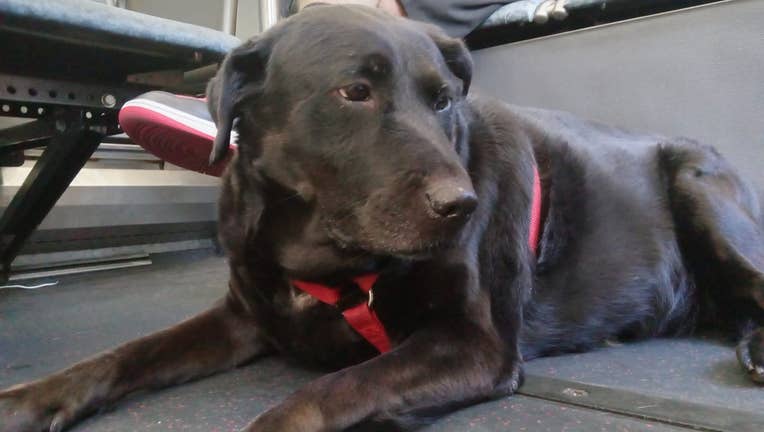 SEATTLE - A Seattle-area dog who shot to national viral fame for riding King County Metro buses by herself has died at the age of 10.

Eclipse, the half Mastiff, half black lab, gained notoriety for taking herself to the dog park on the bus. Her owner, Jeff Young, said that he used to take her to the Belltown dog park daily via bus. One day, he wasn't paying attention and she got antsy, so she got herself on the bus and got off at the dog park.

It took Young a while to figure out where she went, but he was able to track her down to the dog park. Then, she continued doing it herself!

It wasn't before long that Eclipse gained national attention-- she even ended up in Ripley's Believe It Or Not! 100 Years book. She even has a book written about herself called "Dog on Board: The True Story of Eclipse, the Bus-Riding Dog" that came out in October of 2016.

On Oct. 12 of this year, Eclipse's Facebook page, run by Young, announced that Eclipse had been diagnosed with cancerous tumors.

Two days later, on Oct. 14, Young announced that Eclipse had died in her sleep at 7 a.m.

"We are so sorry to hear of Eclipse's passing. She was a Seattle icon. The entire Metro team sends our love, she will be missed," King County Metro wrote on Eclipse's Facebook page.