TAMPA, Fla. - A Tampa artist's creation will soon be featured on the cover of Time Magazine, but there's more to the art than meets the eye.

It is one of the nation’s most powerful symbols, re-created by a local artist with special meaning.

One glance at Nneka Jones’s work and you can tell it is a conversation starter. However, it was not until after she graduated from the University of Tampa in May that she started to consider herself an activist artist.

“I realized that my artwork was more than just an art piece to hang on a wall, it was something that was being used to communicate a certain message or evoke some kind of emotion from an audience,” Nneka explained.

It was a photo-realistic painting of George Floyd the 23-year-old created that landed Nneka her biggest job yet, an assignment for Time magazine.

“An art director actually reached out to me via email, he had seen my work circulating on Instagram, being reposted on Instagram around the time of the Black Lives Matter protests,” said Nneka. 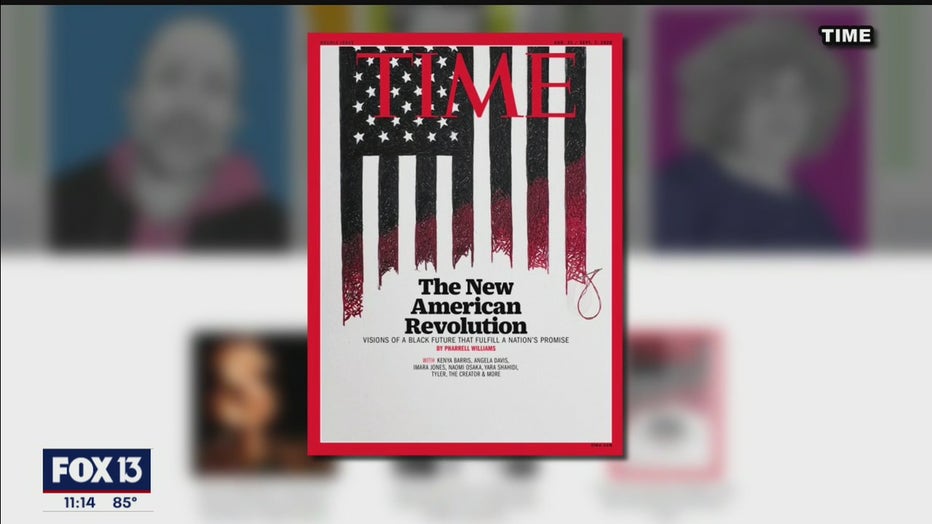 However, the magazine did not want a painting; it was Nneka’s embroidery portraits the art director thought were perfect for the upcoming issue The New American Revolution. It is a special project by Pharrell Williams featuring conversations and essays examining America’s racist past.

“It signifies that this is a work in progress for everyone, and it’s not something that’s going to happen overnight, but it’s something that needs to be done and needs to work on on a continuing basis in order for us to achieve equality for everyone in the future,” Nneka said.

She says she had less than 24-hours to create the artwork with a needle and thread.  Explaining the stitches start tight before spacing out and left unfinished, the needle still there.  It is a call for optimism and a more inclusive future.

“I’m really, really happy that I was able to work on this project but also work on it with a meaning behind it.”

A re-stitching Nneka plans to continue taking part in.

If you want to see the Time cover art in-person, it will be on display at the Epicurean Hotel in Tampa during an art show Saturday night.  The event runs from 5-9 p.m., and tickets can be purchased in one-hour blocks to ensure social distancing.

For more about the Epicurean art show, visit https://epicureanhotel.com/events/epic-art-show-hour-four/.