Former NFL star Zac Stacy went before a judge on Friday after he was arrested at the Orlando International Airport.

ORANGE COUNTY, Fla. - Former NFL player Zac Stacy has bonded out of the Orange County Jail after his arrest for an alleged domestic violence incident involving his ex-girlfriend that was captured on video.

Stacy went before a judge on Friday after he was arrested a day earlier at the Orlando International Airport this week.

His bond was set at $10,150 and he is not allowed to have contact with the victim if released. The judge also said he cannot possess any weapons or firearms and he must surrender his passport. 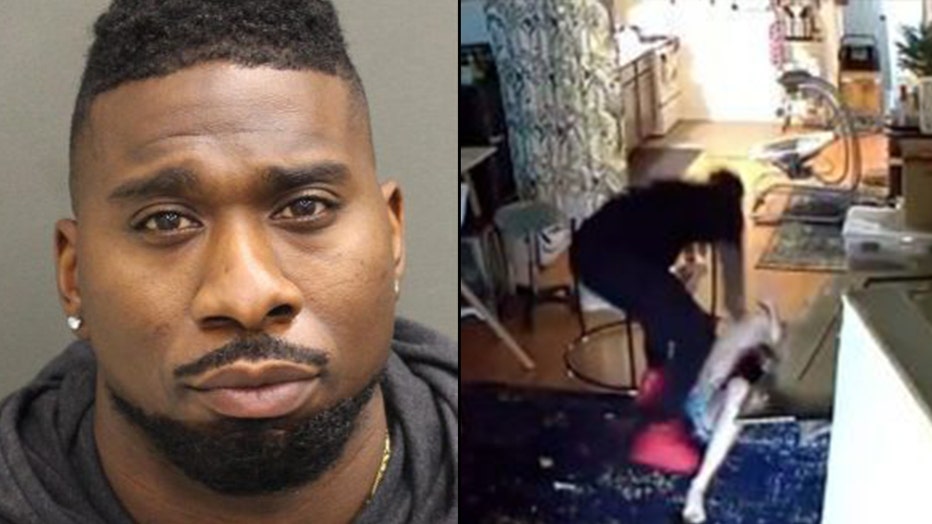 Stacy, who retired from the NFL in 2017, faces charges of aggravated battery and criminal mischief after a disturbing video allegedly shows him beating his ex-girlfriend inside her Florida home last Saturday in front of a baby.

The video appears to show the alleged victim, Kristin Evans, being thrown into a TV stand and hit. Evans had reportedly claimed that Stacy punched her several times in the head.

"This was just the last straw I would say. I really truly feel that if it continues that he would kill me," said the alleged victim, Kristin Evans.

Ex-NFL star Zac Stacy has been arrested in Orlando, police said Friday. He's facing charges of Aggravated Battery and Criminal Mischief after a graphic and disturbing video emerged on social media that allegedly shows the former running back beating his ex-girlfriend inside her Florida home on Saturday.

Evans spoke exclusively to FOX 35 News following the release of the video, which was caught on her home surveillance camera. The video allegedly shows Stacy hitting her twice, making her fall to the couch. He then grabs her and throws her across the room into a TV, which falls on top of her.

Evans could be heard pleading for him to stop multiple times.

Stacy’s arrest warrant then said he walked back to the couch, grabbed an object, stood over the top of Evans, and threw it at her. He picked her up off the floor and threw her into a baby walker. He then reportedly fled the state.

"Every time the cars pass by, I’m resisting the urge to look and see who it is. I started crying when you walked up because I’m scared you know," said Evans.

She told FOX 35 that she has filed reports against Stacy in the past. She said she felt she had to go public with this one so that her case wouldn’t get overlooked again.

Stacy's lawyer said he had flown back to Florida from Tennessee after learning that police in Oakland had issued a warrant for his arrest and he had intended on turning himself in. He was arrested at Orlando International Airport.