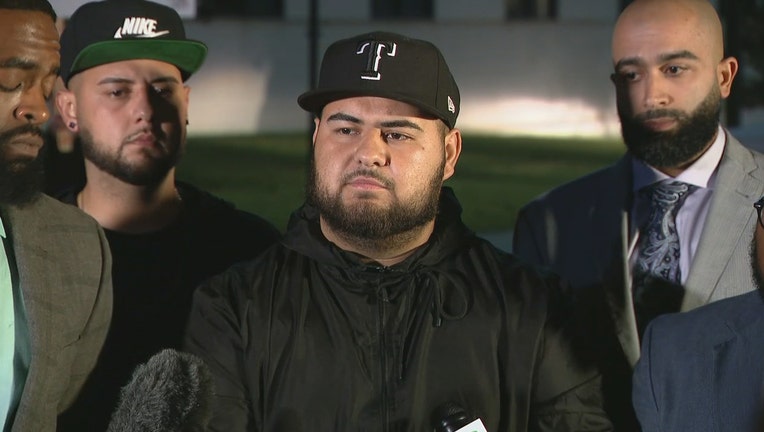 Brandon Gonzales and his attorney speak to reporters shortly after he was released from the Hunt County jail and all charges against him were dropped.

Two people were killed and more than a dozen injured last October at a party venue near Greenville, northeast of Dallas.

Gonzales spent nine days in jail then was released with all charges dropped.

Gonzales said the accusations caused him to lose his job and damaged his reputation.

He’s asking for $3 million from the sheriff’s office and the Texas Department of Public Safety.

No one else has been arrested in connection to the shooting.