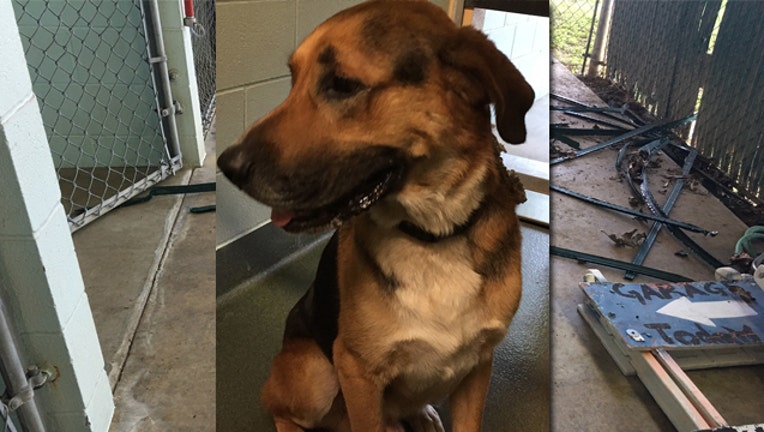 UPDATE: Lucky has been found and taken back to the San Marcos Regional Animal Shelter.

The San Marcos Regional Animal Shelter is asking for the public's assistance in locating a family pet named Lucky that broke out of quarantine at the shelter on the night of Monday, June 19, 2017.

The dog is a family pet that was turned over to the animal shelter after he bit a family member.

According to animal control officials, the dog is friendly and the bite was likely accidental.

If found, contact should be kept to a minimum and the location should be reported immediately.

If you have any information on Lucky's whereabouts, please call the San Marcos Animal Shelter at (512)805-2655 or Hays County Animal Control at (512)393-7896 during regular business hours. You can also contact SMPD at (512)753-2108 after hours, and animal control officers will be dispatched to pick up the dog.