The holiday's recognition in the country came decades after Mother's Day was made a nationwide holiday.

For Father’s Day 2022, let us honor the bonds we share with our beloved dads and other patriarchal figures through their powerful advice, sayings, tips and one-liners.

Many of their words, no matter how long ago they spoke them, still ring true — which is why people tend to share these words and phrases until the end of time.

Read on for an array of smart insights and welcome wisdom from dads and father figures, collected here with input from many people.

And feel free to post your own favorite quotes and tips in the comments section below!

Great advice, tips and wisdom from fathers, as shared by their grown-up children 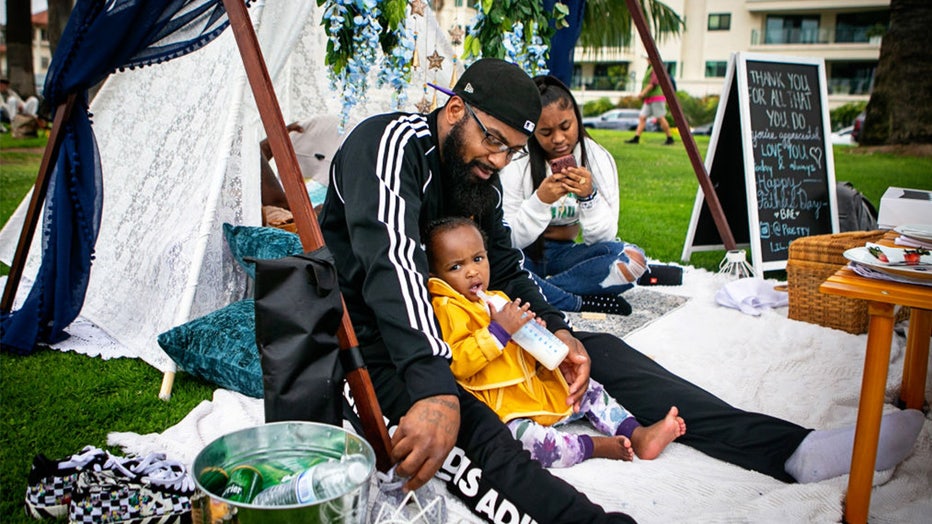 "Always work in the city. The city is where the money is."

"If someone doesn't want to be with you, that's on them. You have a lot to give."

"The best piece of advice my dad has ever given me is to work hard and dream big."

"My dad made time for each one of us in our big family. He listened without judgment. He offered advice and counsel but didn't hit us over the head with it. He had a good heart. He prayed. He believed in God and in the goodness of people. He loved being outdoors and he loved reading. I know to this day he is with each of us in his own way."

"He always uses the saying, 'Show me your friends and I will tell you who you are.'"

"The best advice he ever gave me is to pay myself by putting away at least 10% of every paycheck into savings."

"My dad said the best thing you can do in life is be confident and believe in yourself."

"Save your money, and don't eat too fast."

"My dad always told me, ‘It’s OK to make mistakes. That’s why they have erasers on pencils.’"

"Don't fight [with your spouse] about money. If 80% of your fights are about money, then instead fight about the other 20% of your problems."

"Never let the gas in your car go below half a tank." 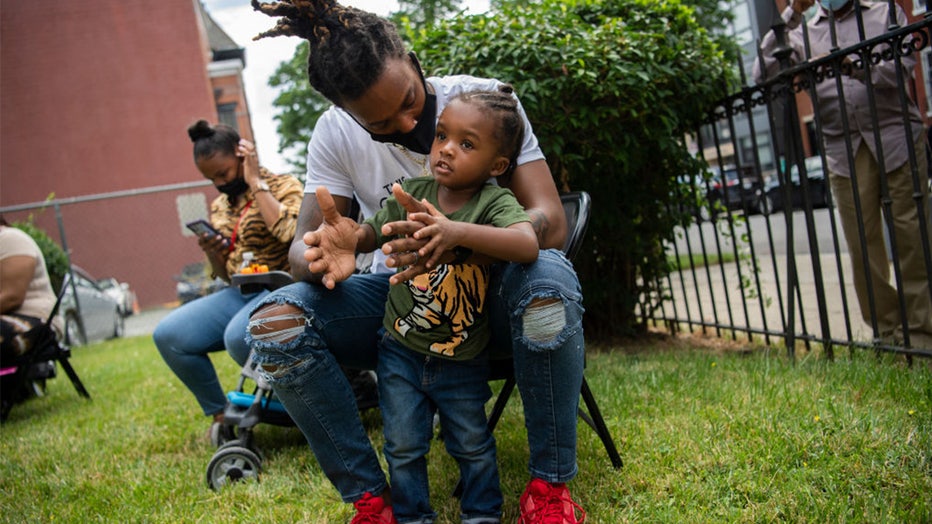 "The playlist is the most important part of the party."

"Work hard and save your money."

"If you're going to be 10 minutes late after curfew, you can come home 10 minutes before your curfew."

"Don't get discouraged. Believe in yourself."

"My grandpa said, 'Everything in moderation.' He never did anything in excess. He treated himself and took his time with life. He had a sip of scotch, but never overindulged. He had a little piece of cake, but just one. He took an apple to work and stayed active."

"'Don't ever stop believing in what could be.' My father wrote this in the last Christmas card I received from him before he passed away."

"Treat every day like it’s the start of the rest of your life, because it is."

"Never stop being you."

"Nothing is beyond your reach. You can be anything you want as long as you try." 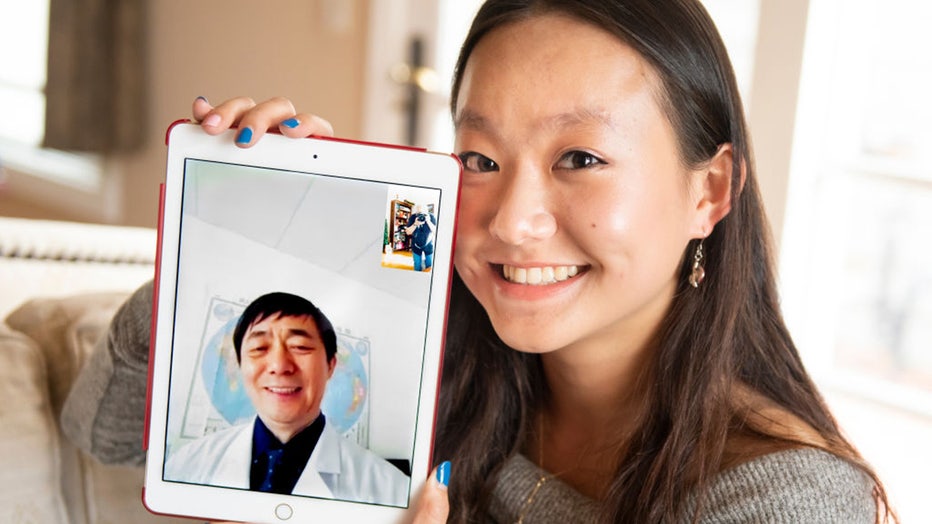 FILE - A daughter poses for a photo with her father during a FaceTime conversation on her iPad on June 14, 2018. (Leonard Ortiz/Orange County Register via Getty Images)

"My dad wasn’t a man of many words. His advice was something I gathered from him by watching the way he treated people. I learned what true love looks like from seeing how evident and honest his love for my mother was. You could tell just by being in the room with them that their love was real and that he put her on a pedestal … My father [also] taught me how to work hard, how to always show up for the people who need me, how to love with all my heart and soul and have fun along the way."

"Just because you have it, you don’t have to spend it."

"Don’t wish your life away."

"If you ever get arrested, you’re safer in jail than when I get my hands on you."

"Learn what I’m showing you — I’m not a seed you can replant to show you again."

"Don't hurt anybody, including yourself."

"God gave you two ears and one mouth, so you can listen twice as much as you talk."

"My dad always said, ‘You can’t reason with an unreasonable person’ and that’s saved me from having many arguments." 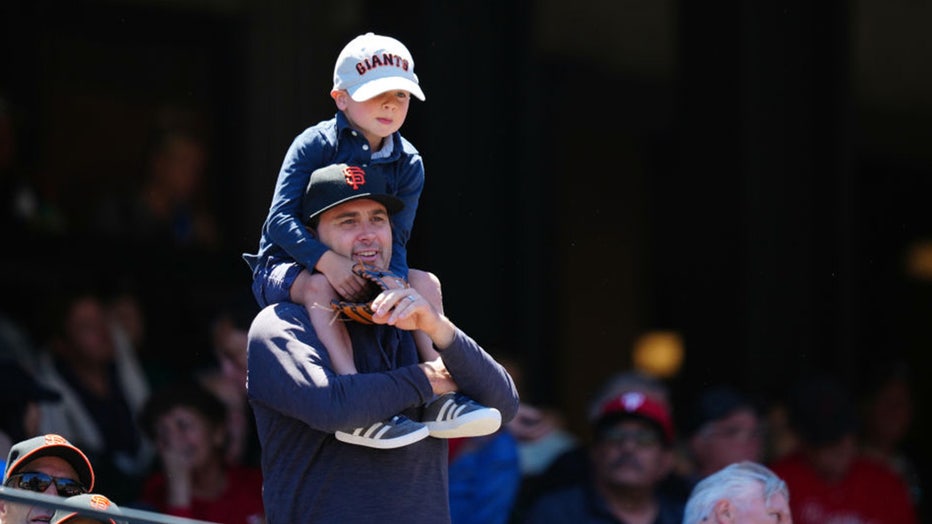 FILE - Fans are seen on Fathers Day during the game between the Philadelphia Phillies and the San Francisco Giants at Oracle Park on Sunday, June 20, 2021 in San Francisco, Calif. (Daniel Shirey/MLB Photos via Getty Images)

Here's more! Check out these quotes about fathers from influential people and famous figures

"A father carries pictures where his money used to be." — Steve Martin

"My father didn’t do anything unusual. He only did what dads are supposed to do — be there."  — Max Lucado

"Fathers, be good to your daughters … You are the guide and the weight of her world." — John Mayer

"The older I get, the smarter my father seems to get." — Tim Russert

"When a man [is] a father, he steps up. He's making a choice. Anyone can have a child, but to be a father is a choice. You have to decide, ‘There’s something here [that] I'm here to serve greater than myself — my children and my family.' And when that happens, a boy becomes a man."  — Tony Robbins

"Life doesn't come with an instruction book. That's why we have fathers." — H. Jackson Browne Jr.

"My father gave me my dreams. Thanks to him, I could see a future." — Liza Minnelli

"My children’s happiness, their safety and their well-being is the most paramount thing in my life. You just want to protect them at all costs." — John Krasinski

"She did not stand alone, but what stood behind her, the most potent moral force in her life, was the love of her father." — Harper Lee

"It is a wise father that knows his own child." — William Shakespeare