Wray made the comments during an address given to the Anti-Defamation League during a webinar on Wednesday.

Authorities say that all hostages are out and safe, and the suspect is now deceased.

"Now let me be clear and blunt, the FBI is, and has been, treating Saturday’s events as an act of terrorism targeting the Jewish community. Within a matter of hours, we deployed FBI SWAT, two highly trained units from our elite Hostage Rescue Team; those are the folks who ultimately were the ones who went into the synagogue, along with canines," Wray said. 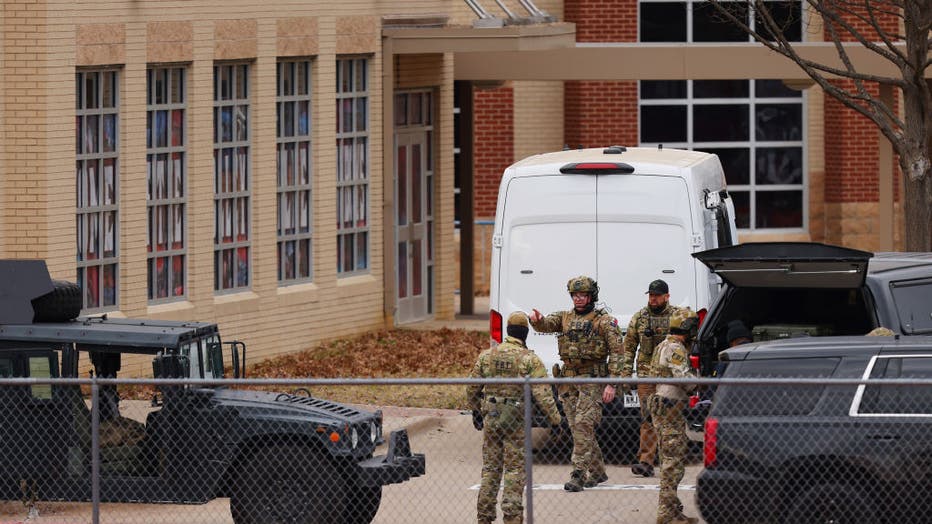 SWAT team members deploy near the Congregation Beth Israel Synagogue in Colleyville, Texas, some 25 miles (40 kilometers) west of Dallas, on January 15, 2022. - The SWAT police operation was underway at the synagogue where a man claiming to be the br

All hostages escaped after nearly 11 hours with the hostage-taker dead.

At a news conference after the hostages were released, FBI Special Agent in Charge Matt DeSarno said that "the Texas synagogue hostage taker's demands were specifically focused on issues not connected to the Jewish community."

During the event on Wednesday, Wray said that the FBI's Joint Terrorism Task Force will continue to investigate the incident.

Austin is no stranger to antisemitism. Recently, a high school was vandalized with antisemitism symbols and a synagogue was set on fire.

"Our Joint Terrorism Task Forces all across the country will continue to investigate why this individual specifically targeted Congregation Beth Israel on their day of worship," Wray said.

Wray added that multiple FBI units assisted with the incident while it was still active on Saturday.

"We had our crisis management unit, our counter-IED unit. You may remember that for a good part of Saturday we were concerned that the suspect had one or more bombs in his possession. So those folks and others, there were a total of about 60 flown in quickly from our Critical Incident Response Group in Quantico, on the ground working with our terrific partners in state and local law enforcement to bring the situation to a safe resolution for the hostages," he said.

The FBI director also said that Jewish community faces multiple threats from "across the hate spectrum," and that his agency considers "the enduring threats to the Jewish community to be among our very highest priorities."