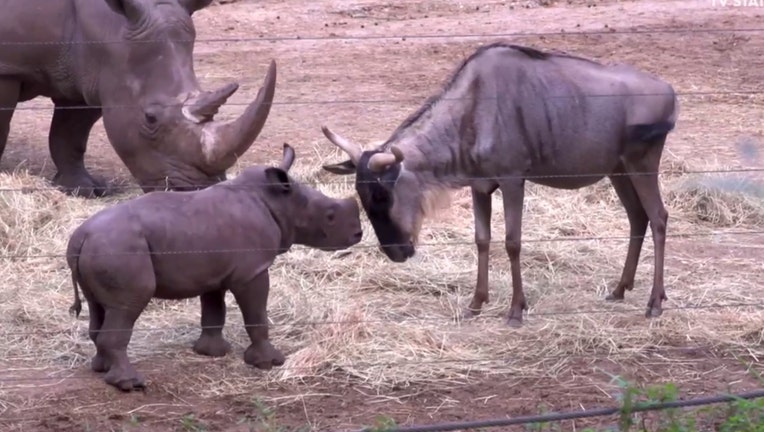 NETHERLANDS (FOX 5 DC) - A cheeky one-month-old white rhino calf squared up with antelope and even chased a giraffe when he was let out into the group enclosure for the first time.

The male calf was born on Aug. 15, and when he was introduced to other animals on Sep. 19 at Royal Burgers' Zoo, boy did he show some spunk!

In a video posted to the zoo’s Facebook page, the little rascal makes his way into the Savannah plains enclosure to meet other animals he would ordinarily meet in the wild.

With his mom not too far behind, he confidently walks up to a Waterbuck antelope that is double his size. The animal lowers its horns in anticipation of conflict but then trots away, only for the little guy to chase after it.

But there were other animals that caught the feisty rhino's attention.

During another encounter, he is seen squaring up with a wildebeest and in doing so, gets hit by one of its horns. But the unfazed calf turns to another group of wildebeests and bucks at two of them— he's fearless!

But it doesn’t end there.

Because moments later, he is seen bouncing back and forth near a giraffe who unexpectedly steps back. He even chases it before realizing he has not chance in keeping up. 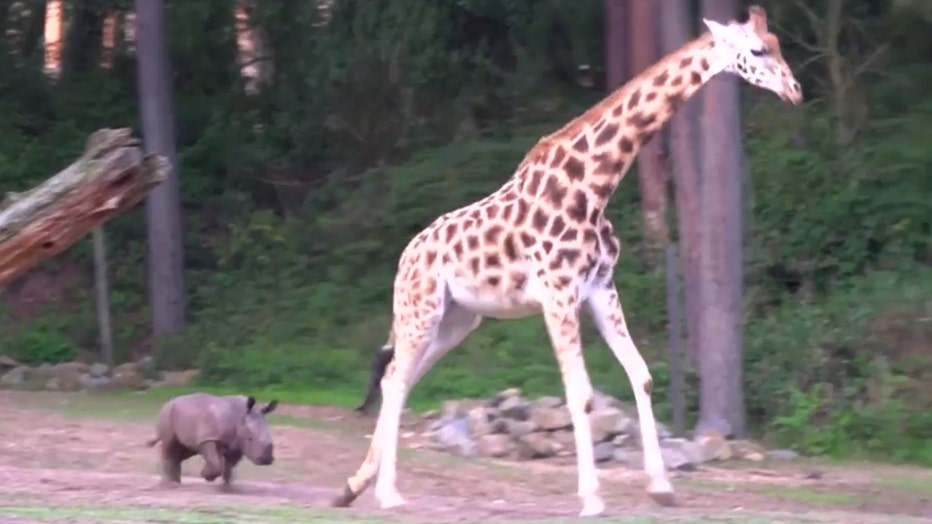