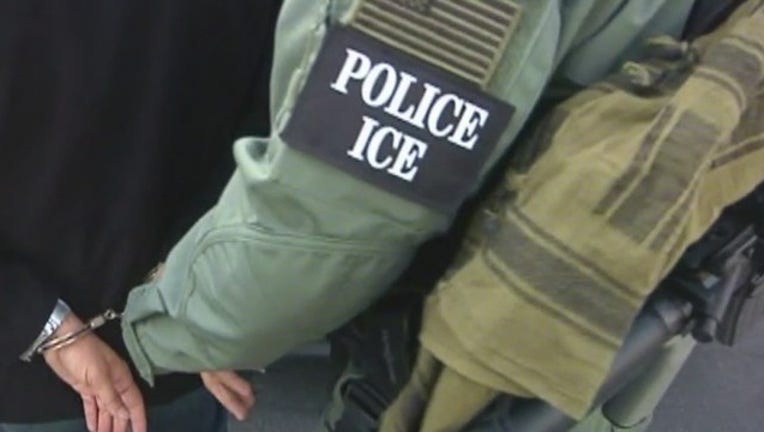 AUSTIN, Texas (AP) - Several Texas counties have found a way to profit from working with federal immigration officials in tracking and detaining immigrants who are living in the country illegally.

Eight counties have joined a federal program that allows sheriff's deputies to become certified immigration officers. Four of those counties - along with six others not in the certification program - allow federal agents to stash detained immigrants in their jails, the Austin American-Statesman reported Sunday.

At least 16 counties nationwide participate in both programs. Lubbock County recently started having deputies certified as immigration officers under a program named 287(g) for the law that created it. It also collects $65 daily per immigrant it houses after detention by U.S. Immigration and Customs Enforcement.

With federal pressure on illegal immigration growing, immigrant advocates worry that more counties will act to participate in both programs. The setup is a "perverse financial incentive," said Mary Small, policy director of the Washington-based Detention Watch Network.

Walker County, where Huntsville is located, responded to an embarrassing jail escape by issuing $20 million in bonds in 2012 to build a new jail. The county's sheriff department vowed to find new revenue sources to help defray the cost of the new lockup and locked onto working with ICE.

"It allows them to control the pipeline of people into the detention facility where they're then paid per day to detain people," Small said.

As far as ICE is concerned, though, the programs provide "an invaluable force multiplier" for immigration agents, said ICE spokeswoman Sarah Rodriguez.

"The two processes are distinct and governed separately," Rodriguez said.

The Texas counties participating in both are Lubbock, Walker, Montgomery and Smith counties. Participants in the intergovernmental service agreement under which ICE detainees are placed on ice in county jails are Randall, Johnson, Polk, Burnet, Maverick and Hidalgo counties.

At least one sheriff, Ed Gonzalez of Harris County, ended his office's 287(g) participation because of cost, noting that the 10 deputies who worked on the program had salaries totaling $675,000.

But Lubbock County Sheriff Kelly Rowe rejects the notion that his county's participation in both programs is a money grab.

"These conversations get a little frustrating with 287(g) having something to do with doing work site raids or plucking family members out of their homes," he said. "We ultimately catch a lot of guys in that net (of checking county jail inmates' immigration status), but that's not because we're out there looking for immigration. We're out there looking for the hundreds of pounds of narcotics that's entering our community weekly."