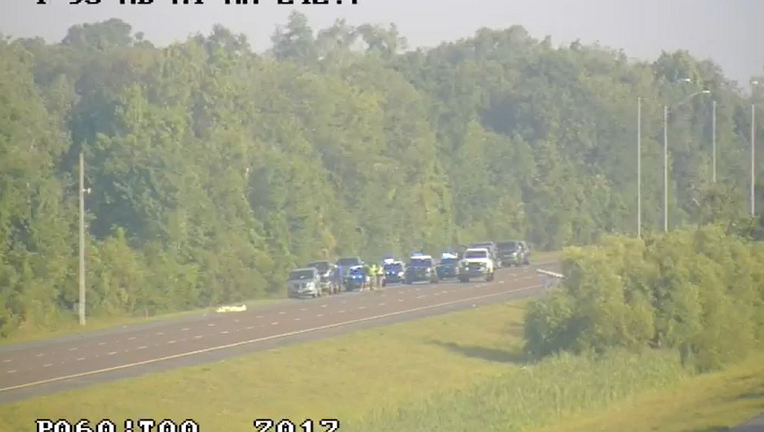 EDGEWATER, Fla. - The Florida Highway Patrol reports a woman from Mims was killed on Saturday morning when she was struck by a vehicle on I-95 between Oak Hill and Edgewater.

Troopers say the woman had stopped on the right shoulder of I-95 SB to switch places with the passenger because she was tired. During that process, the two dogs in the car got out and ran into the lanes of traffic. While trying to catch the dogs, the woman was hit by another vehicle driven by a man from Orange City heading south. She was pronounced dead on scene.

The dogs were recovered safely.

FHP arrived at the scene and will investigate the incident.