Commander in chief’s best friend: A look back at presidential pets

For the first time in a very long time, the White House is presidential pet free.

WASHINGTON - President Joe Biden and first lady Jill Biden’s dogs, Champ and Major, are back at the White House after spending time in Delaware amid a biting incident involving Major.

Earlier this month, Major caused a "minor injury" to a Secret Service agent. Major, a 3-year-old rescue dog, and Champ, who is 12, were moved to the Bidens' Wilmington home afterward — though the president later said the pets weren't sent away because of the incident.

In an interview that aired last week, the president said Major was "a sweet dog." He explained the biting by saying that the dog had "turned a corner, there’s two people he doesn’t know at all, you know, and they move and moves to protect." 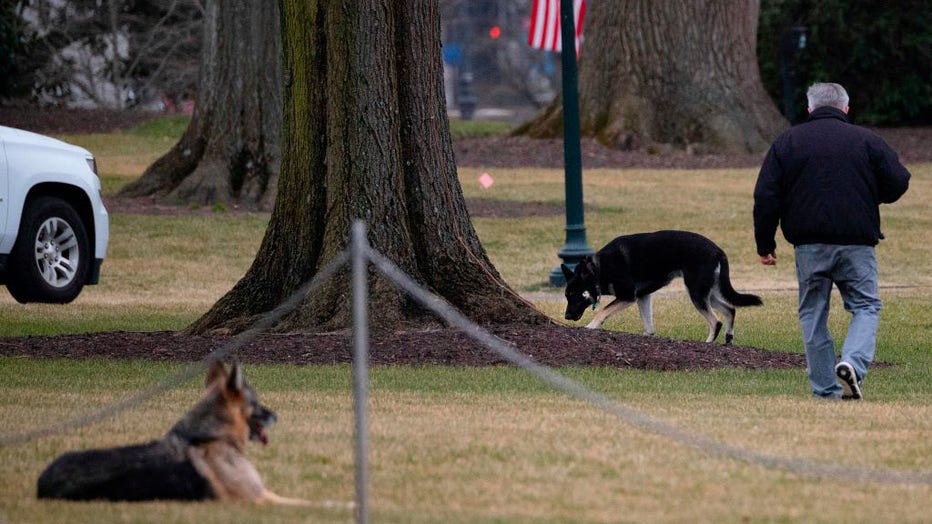 FILE IMAGE - First dogs Champ and Major Biden are seen on the South Lawn of the White House in Washington, D.C., on Jan. 25, 2021. (Photo by JIM WATSON/AFP via Getty Images)

Biden said the dog was being trained in Delaware but disputed the idea that the pup was sent away due to the biting incident. He clarified that the dogs went to Wilmington because the first couple was going to be out of town.

RELATED: A good boy again: Biden’s dog will return to the White House

Major, a rescue dog, was adopted by the Biden family in 2018 after Delaware Humane Association posted on social media that it received a litter of sick German Shepherd puppies. The Bidens fostered the puppy for several months before making the adoption official.

He received his own "indoguration" in January, which included a fundraiser for the shelter from which he was adopted, as well as a performance by singer-songwriter and dog lover Josh Groban.

RELATED: Biden’s dog Major gets own 'indoguration' with performance by Josh Groban

Major also made headlines last year after a play date with Biden ended when the 78-year-old fractured his right foot.

Champ, who was purchased from a Pennsylvania breeder, has been with the Bidens since 2008.

The dogs are the first pets to call the White House home since President Barack Obama departed in early 2017 with his pups Bo and Sunny. President Donald Trump did not have any pets.

Presidents owning dogs is an American political tradition that dates as far back as the first U.S. President George Washington, who was also a dog lover and breeder.