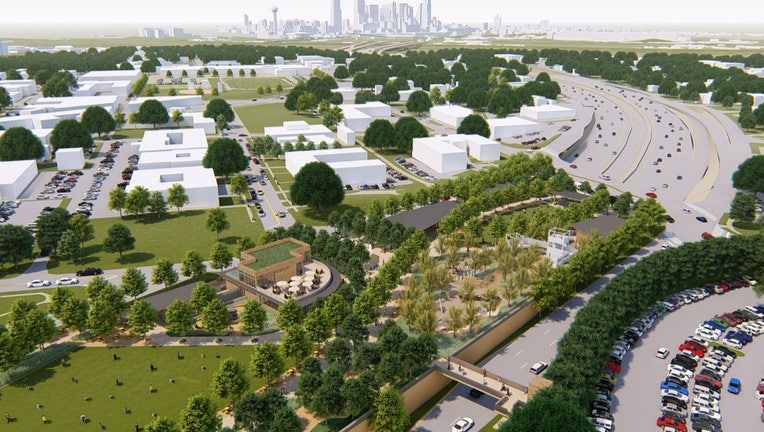 DALLAS - The campaign to build a deck park over Interstate 35-East in Dallas has secured $1 million.

The new park will sit between Ewing and Marsalis Avenues next to the Dallas Zoo and over I-35E south of downtown Dallas.

The Southern Gateway Deck Park will be like Klyde Warren Park, which is over Woodall Rodgers Freeway between downtown and Uptown.

The Southern Gateway Public Green Foundation calls the $1 million mark a major fundraising milestone, but there's still a long way to go. The project will cost an estimated $28 million.

TxDOT is currently building the structural supports and base of the park, which should be done by 2021. The Foundation has to raise the money to construct the park, its features and support ongoing maintenance.