The police department is asking people to donate through the non-profit Keeping K-9's in Kevlar.

FLORENCE, Texas - The Florence Police Department asked the community for help to get a Kevlar vest for its K-9 Fritz and it responded. The department asked people to donate through the non-profit Keeping K-9's in Kevlar and the organization announced that it received all the funds it needed to get Fritz's vest.

Keeping K-9's in Kevlar raises community funds to help build rapport with law enforcement and fund K-9s with bulletproof Kevlar vests. The vests cost an estimated $2,600 and the Florence Police Department raised the money needed so it can keep Fritz safe while he's on duty.

Fritz’s workdays include, but are not limited to, pursuing the most violent offenders, taking narcotics off the streets, searching for lost people, and crime scene articles. The Kevlar vest can protect against stabbing, shrapnel, and bullets shot from common handguns. 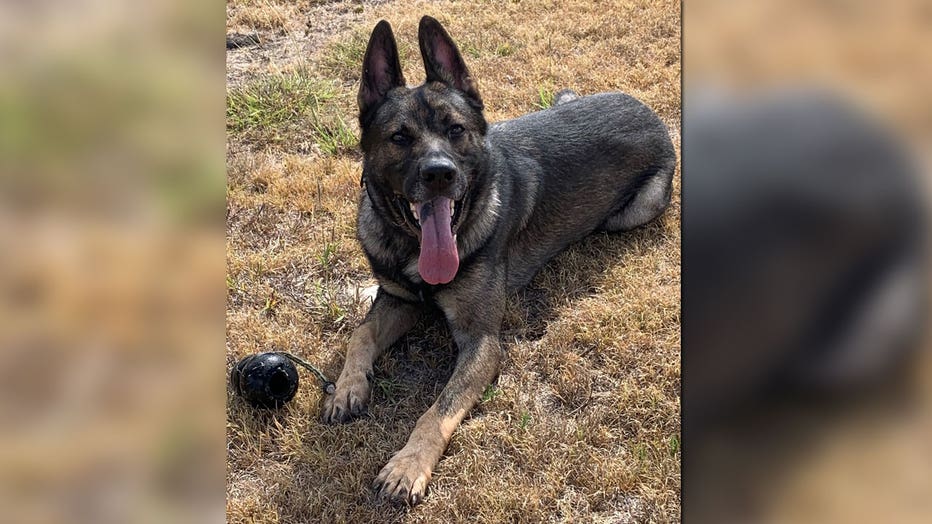 Florence Police Department will receive 100% of donations received to vest K-9 Fritz. If donations exceed that total, funds will roll over to the next department in need. Checks can be sent to:

The Hutto Police Department has a new officer on patrol.

Keeping K-9s in Kevlar, founded in 2015, raises community funds to purchase K9 Storm Patrol SWAT Kevlar vests at no cost to the police department or handler. Each vest is embroidered honoring a Fallen Officer nominated by the K9’s handler.