Dads-to-be who drank in the three months leading up to conception were 44 percent more likely to have a child born with congenital heart disease than men who do not drink.

LOS ANGELES - Doctors have been encouraging women to avoid alcohol during pregnancy since fetal alcohol syndrome (FAS) was formally recognized in 1973, but far less attention has been paid to the association between paternal alcohol consumption and negative health outcomes for offspring.

A new study honed in on this potential association and found that paternal alcohol exposure during the months leading up to conception has a significant association with increased risk of congenital heart disease (CHD) in their children.

Dads-to-be who drank in the three months leading up to conception were 44 percent more likely to have a child born with CHD than men who do not drink. For dads-to-be who were binge drinkers — in this case defined as having five or more drinks per session — the risk was even greater; they were found to be 52 percent more likely to have a baby born with CHD.

The findings were published Thursday in the European Journal of Preventive Cardiology.

Congenital heart diseases are defined as “significant structural abnormalities of the heart of intrathoracic great vessels occurring in embryonic period.” They are currently the most common birth defects and the leading cause of birth defect-associated infant illness and death.

It’s estimated that CHDs occur in 8.22 percent of all live births worldwide and that approximately 1.35 million babies are born with CHDs each year. According to the Centers for Disease Control, CHDs affect about one percent of all babies born in the United States each year, which is about 40,000 babies annually. Many other studies have been done on CHDs, but scientists haven’t been able to fully pin down what causes them.

Researchers performed a meta-analysis that looked at a total of 55 studies, which were pulled from PubMed, Embase and Chinese databases, and which involved 41,747 CHD cases and 297,587 controls. Twenty-nine of the studies were conducted in Asia, 15 in North America, 10 in Europe and one in Oceania. 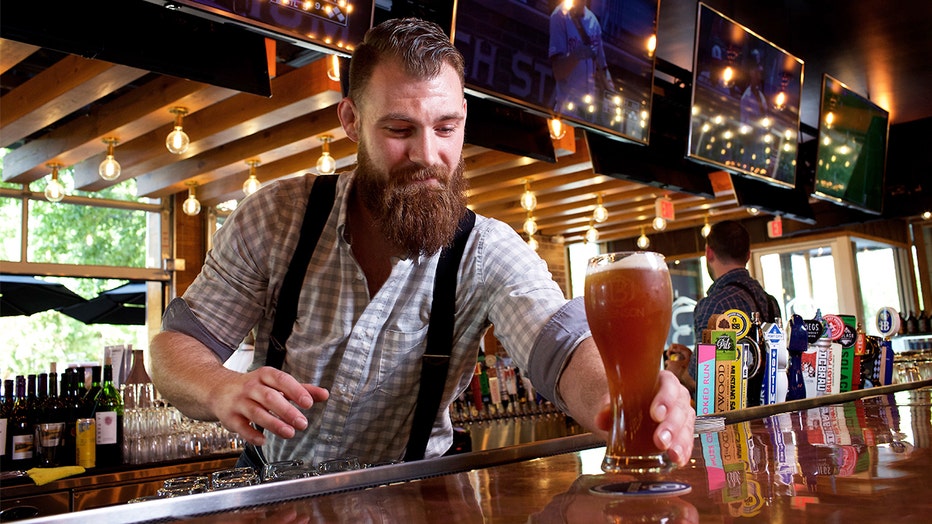 Dads-to-be who drink during the months leading up to conceiving a child are at higher risk of having a baby born with a congenital heart disease, a new study found. (Deb Lindsey for The Washington Post via Getty Images)

Both maternal and paternal alcohol exposures were found to be significantly associated with risk of total CHD in children, and researchers found that the risk of CHD in children gradually increases with an increase in parental alcohol consumption.

For fathers who have a history of alcohol exposure, the risk of their children being born with a CHD increases by 44 percent.

Scientists aren’t exactly sure which underlying mechanisms cause the association between paternal alcohol consumption and CHD in their children, but it has been reported that paternal alcohol exposure can change DNA in sperm and alter the sperm’s activity as well.

Jiabi Qin, of Xiangya School of Public Health, Central South University, Changsha, China, told CNN Health that, to be safe, men should not consume alcohol for at least six months leading up to conception, and women should ideally cut out alcohol a year before and abstain throughout the pregnancy.

The study’s findings highlight the necessity of improving awareness to prevent alcohol exposure during conception periods to help reduce instances of CHD.