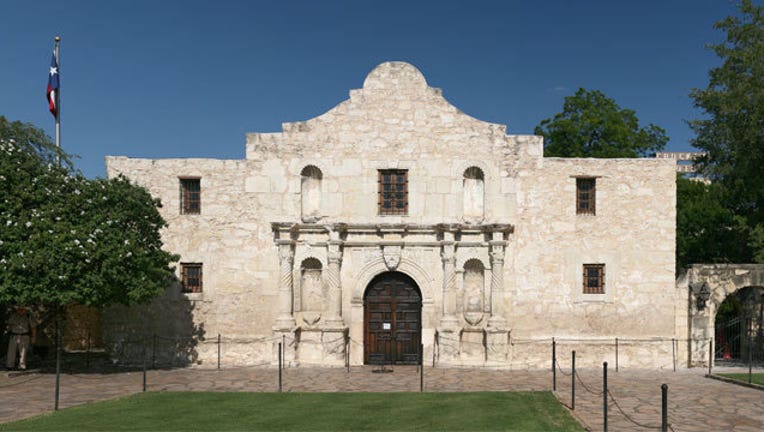 HOUSTON (AP) — A group that served as guardian of the Alamo for more than a century said Wednesday it had prevailed over the "bureaucratic bullying" of a Texas agency with the state's acknowledgement that about 38,000 books and artifacts at an Alamo library don't belong to the state.

The Daughters of the Republic of Texas filed suit in March 2015 against the Texas General Land Office, alleging the agency headed by George P. Bush "unilaterally declared" the state owner of the organization's private library collection. That came after Bush announced he was ending the group's management of the downtown San Antonio mission-turned-fortress.

The suit argued the items were donated to the Daughters — who began caring for the Alamo in 1905 — and that the donors wanted the items maintained under the group's stewardship, not the state's.

"The Daughters are committed to standing up to bureaucratic bullying," Betty J. Edwards, president general of the Daughters of the Republic of Texas, said Wednesday. "We may just be a nonprofit organization of women, but we are Texas women, and we are more than 7,000 members strong. We will stand up for what is ours."

The Texas Attorney General's Office, in a Bexar County court filing last week seeking dismissal of the lawsuit, said that with the possible exception of a few items still being reviewed, "There is no ownership dispute in this case."

"Having now finished its review and analysis, GLO is not claiming ownership over the overwhelming majority of the Library Collection," Benjamin Dower, an assistant attorney general, said in his court filing asking for dismissal.

A civil court judge in San Antonio has set the case for trial June 9, Jim Suydam, a spokesman for the Daughters, said.

But she also said by July, the library collection would be moved from the Alamo, where it had been based for more than 70 years, to new donated quarters at Texas A&M University-San Antonio.

A spokeswoman for the General Land Office declined to comment on the case Wednesday, deferring to the agency's court filings.

The suit was filed last year about two weeks after the Land Office took over management of the Alamo, ending the Daughters' 110-year management of the site where in 1836 some 180 defenders participating in the Texas Revolution were killed during a siege by Mexican forces. Weeks later, those deaths provided Texas soldiers with their rallying cry — "Remember the Alamo!"— that they carried to victory at the Battle of San Jacinto, which clinched Texas' independence from Mexico.

The Land Office became involved in 2011 at the behest of the Legislature. Lawmakers had grown concerned about the care of the Texas landmark amid accusations of mismanagement and financial incompetence by the Daughters, who had continued day-to-day management even after the Land Office took control.

The library collection includes books, maps, flags and other artifacts used by researchers.

Edwards said her organization raised private money to build the Alamo Library in 1945, then donated it to the state.

"The Daughters of the Republic of Texas cared for this collection when the state had no interest in it," she said.