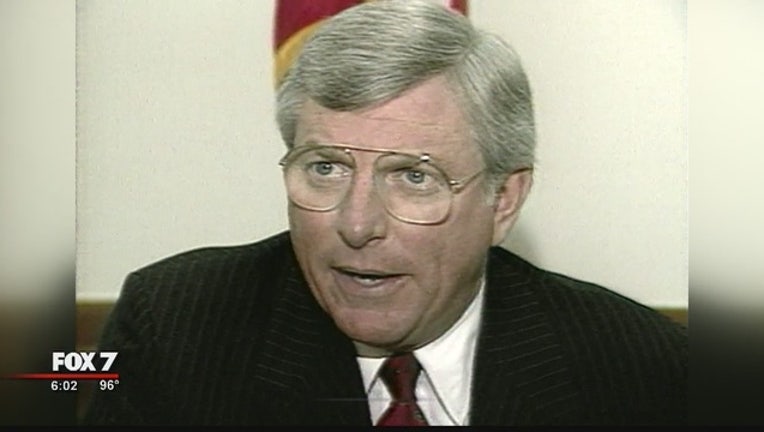 People from across Texas will be able to pay respects to former Governor Mark White today. He will lie in state at the Capitol from noon until 3 p.m. inside the Capitol Rotunda.

White died on August 5th at the age of 77. He died of a heart attack at his home after a long battle with kidney cancer.

After the public ceremony there will be a private burial at the Texas State Cemetery.

White was remembered at a funeral in Houston yesterday for being a dedicated and caring leader by someone who later went on to become Governor of Texas as well, George W. Bush. The nation's 43rd president praised White as a good and decent man who "envisioned a Texas where all children were educated."

During the funeral, those who spoke all agreed that uniting people was a gift White had in life and he's still doing that even after his death. White's three children said it's a characteristic they love about their father.

Texas and U.S. flags will be at half staff in honor of White today by order of Governor Greg Abbott.