KILLEEN, Texas - A $5,000 reward has been offered for credible information in the August death of a Fort Hood soldier.

Investigators are looking for the vehicle that struck Sgt. Jesse Cruz in Killeen on August 13.

The suspect vehicle is described as a silver or dark gray 2004-2008 sedan model Acura TL, which would have sustained damage to the front passenger side. However, the damage may already have been repaired. 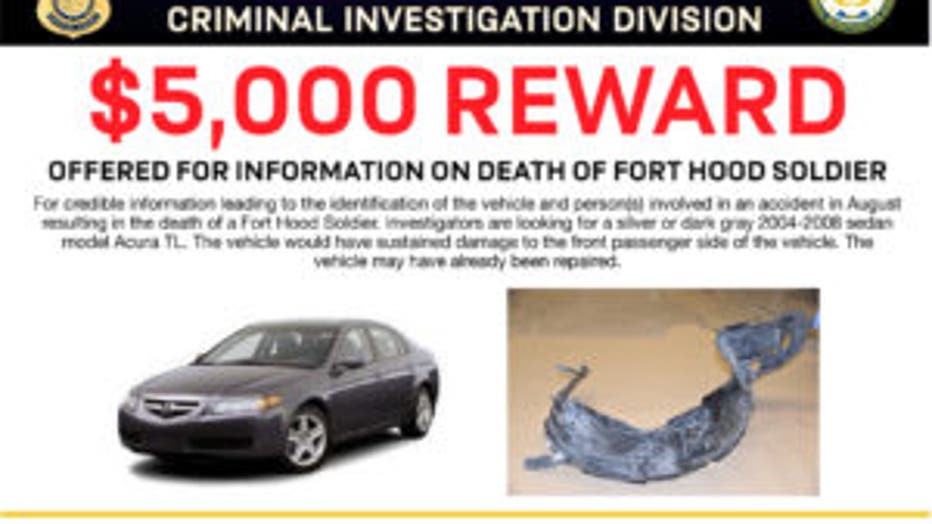 A $5,000 reward has been offered for credible information in the August death of a Fort Hood soldier.

Fort Hood says that Cruz died from injuries he sustained in a motorcycle crash after leaving Joker's Bar and Grill heading north on Clear Creek Road, Just before the intersection of Mohawk Drive, he lost control of his motorcycle and was thrown onto the road, where he was struck by the sedan which fled the scene.

Any persons having information regarding this incident should contact the Army CID Central Texas Field Office at 254-319-0718, crime stoppers at 254-526-8477 or online.

Persons wishing to remain anonymous will be honored to the degree allowable under the law and the information will be held in the strictest confidence allowable.