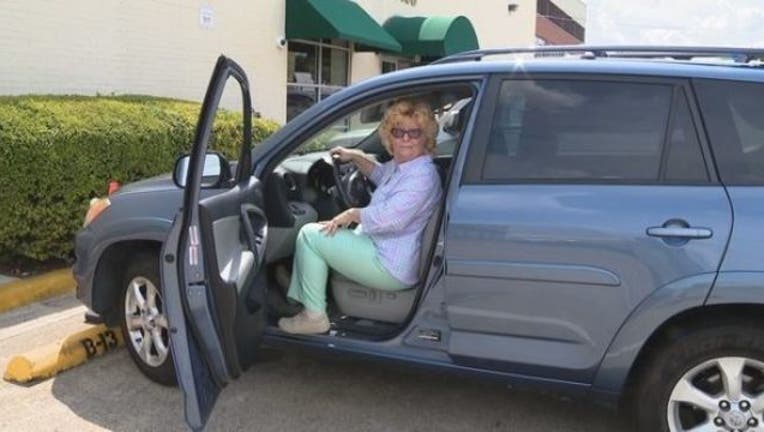 FORT WORTH, Texas - The Fort Worth ISD board on Tuesday officially fired the high school teacher who made anti-illegal immigrant posts on social media.

The board voted 8-0 to fire Carter-Riverside High School teacher Georgia Clark at a specially called meeting.

Clark had been suspended after tweeting President Donald Trump and asking him to "remove the illegals from Fort Worth." The decision went against the recommendation from an investigation that concluded the board didn't have the evidence to fire her.

Effective Tuesday, Clark was terminated and no longer works for the district. She had been on paid administrative leave for months.

Jowona Powell and her daughter are relieved after Fort Worth ISD announced its decision to fire Clark.

The district initially recommended Clark’s termination in June after she sent several anti-illegal immigration tweets to President Trump. Powell took screenshots of Clark’s tweets after her daughter brought up a classroom incident.

Powell’s daughter was in Clark’s English class last year and said the teacher called her hair “nappy.” She also claims Clark said negative comments in the classroom about people of color.

Clark appealed the district’s initial decision. The case was reviewed by an independent hearing examiner. The examiner concluded that Clark’s tweets were protected free speech. The investigation also concluded the district did not have enough evidence to back-up students’ claims about Clark’s classroom behavior.

Before making their decision Tuesday night, the school board heard from 10 speakers. Most of them still wanted Clark fired.

“There is no way in hell this woman should still be teaching on any level because she has already let you know she has a bias towards certain students,” said speaker Waymond Brown.

Clark did have one supporter.

While Powell is pleased with the outcome, she says it’s long overdue.

“You had your proof. You had the tweets. It shouldn’t have took this long,” she said. “Anybody else, they would have been out without a second chance.”

The school district says Clark has the option of appealing this decision directly to the TEA.

When asked if the district expected any lawsuits from Clark, a spokesperson declined to comment. Neither Clark nor her attorney were present at Tuesday’s meeting.