Jacobson is being considered a possible runaway. She was last seen on May 8, 2022 near Westwood High School in northwest Austin.

Authorities say what Jacobson was wearing when she was last seen is unknown, but she frequently wears sweatshirts regardless of the weather. She has tattoos of butterflies on her hands, and is known to carry a backpack with her.

Jacobson has medical conditions that may require immediate medical assistance.

Jacobson is described as a 5'6" white female with hazel eyes, dirty blonde hair, weighing around 130 lbs.

Anyone with information related to the whereabouts of Payton Jacobson is being asked to contact the Detective Bryan George with the Georgetown Police Department at 512-930-3510. 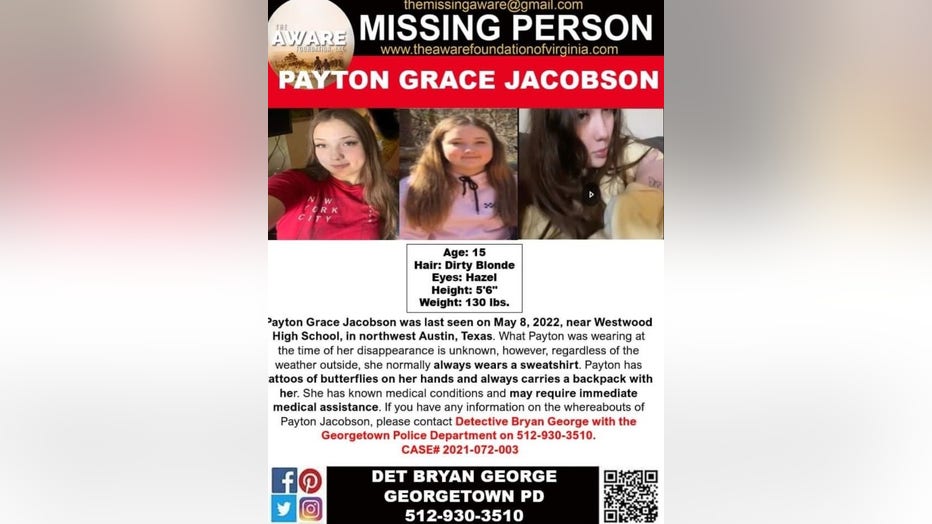