A distributor in the case was accused of making illegal health claims about its anti-hangover shots and drink powders, according to a report.

FRANKFURT, Germany - In a ruling booze drinkers will appreciate, a German court has determined that a hangover is an illness in a case against the maker of a food supplement marketed as an "anti-hangover drink."

The distributor was accused of making illegal health claims about its anti-hangover shots and drink powders, according to the BBC.

The state court in Frankfurt ruled in a verdict released Monday that marketing by the unnamed company violated a ban on attributing to food products the ability to prevent, treat or heal illnesses. It rejected an appeal against a lower court's similar verdict. 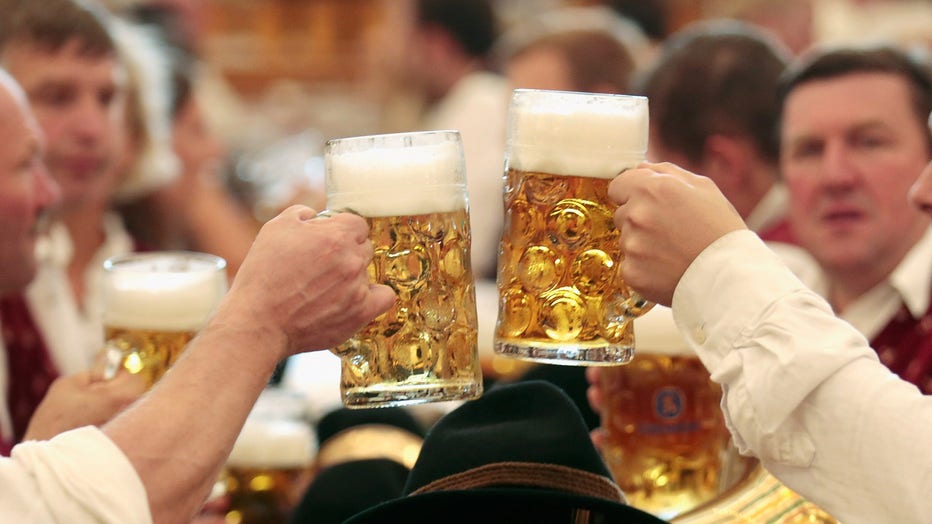 A file photo shows attendees drinking beer at the 2014 Oktoberfest on September 21, 2014 in Munich, Germany. (Photo by Johannes Simon/Getty Images)

Judges found that an illness should be defined broadly in the interest of protecting people's health, and said the term encompasses "any, even a slight or temporary, disruption of the body's normal condition or normal activity," according to a court statement.

That includes headaches and other symptoms that result from consuming alcohol, "a harmful substance," the court said.

Therefore, the company cannot claim that its products can cure hangovers, the court ruled.

The ruling was made just days after the annual Oktoberfest beer festival opened in Munich.

According to the National Institute on Alcohol Abuse and Alcoholism, there is no cure for a hangover other than time. The only way to completely avoid one is to not drink alcohol at all or to keep the intake to a minimum.

Additionally, it says having a drink the morning after a night of debauchery to help avoid a hangover, known colloquially as a “hair of the dog,” might temporarily ease symptoms — but could actually contribute to and prolong the hangover.