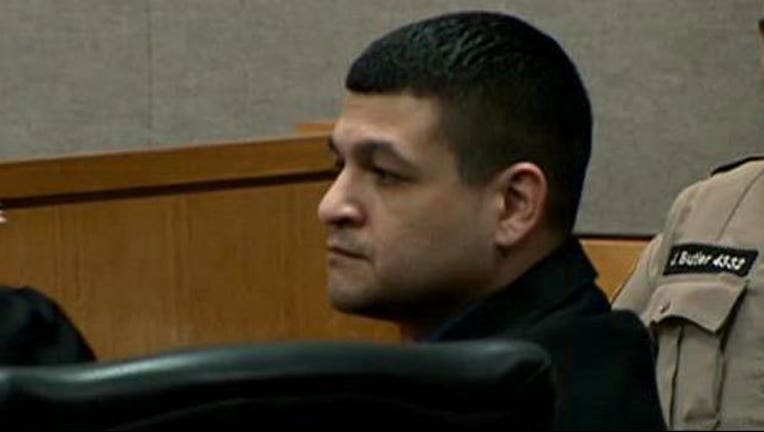 A Travis County Grand Jury has declined to issue any indictments against Austin Police Department officers Adrien Chopin and Leonardo Cardenas for their actions in shooting at Gene Vela in his apartment in the 2900 block of Cole Street on November 10, 2013.

A press release from the Travis County District Attorney's Office says on that night, an acquaintance who had been at Vela's apartment earlier in the evening called 911 after he received a call from Vela asking for help. APD officers and paramedics responded to Vela's residence to check on his welfare. The officers attempted to make contact with Vela by knocking on his apartment door several times, but Vela never answered. The officers then requested a dispatcher try to call Vela on his mobile phone. The dispatcher reached Vela, identified herself as an employee of the Austin Police Department, and informed him that officers were there to check on him.

As officers were looking into the apartment through a sliding glass door, Vela emerged from the back of his apartment and walked toward the glass door holding a handgun equipped with a laser sight and pointed it at the chests of two of the officers. The officers and paramedics took cover on walkways and in neighboring apartments. More officers responded, including Chopin and Cardenas, who took up positions with rifles across the street.

Vela continued to move in and out of view in his apartment while holding the handgun and pointing it in the direction of officers. On two such occasions, Officers Chopin and Cardenas fired, striking Vela's handgun and his shoulder. Vela subsequently surrendered and was taken into custody without further incident.

Vela recovered from his injuries and was subsequently found not guilty of two charges of aggravated assault against a peace officer.