Gov. Greg Abbott condemned antisemitic acts while lighting the Shamash of the Menorah at the State Capitol Monday afternoon.

"The future is in the hands of the children," Rabbi Mendy Levertov said.

After practicing for three weeks, students from Tamim Academy songs in front of the State Capitol celebrating Hanukkah.

"They’re learning about their Jewish culture, Jewish tradition, and that’s something they see at home, at our synagogue, at school, and they learn about it and when they come and perform in town to the rest of the community, it’s bringing it to life for them," Tamim Academy teacher Hadassa Hoff said.

Gov. Abbott said that’s what it’s about, the kids.

"I think all of us have a collective responsibility and duty to make sure we grow and preserve and perpetuate both a state and a country that’s going to support them and their ideas and their ideology," Gov. Abbott said.

Gov. Abbott joined by local Rabbis lit the Shamash of the Menorah. 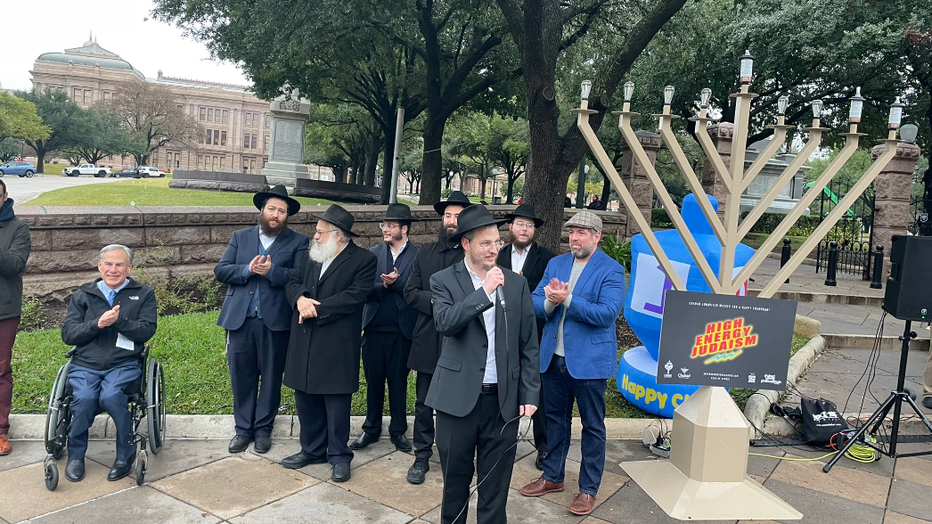 He acknowledged the pervasive problem in Texas and across the country, antisemitism.

"If you’re going to discriminate, you have no place in Texas. Period," Gov. Abbott said.

Gov. Abbott said the state has passed a law prohibiting Texas from contracting or doing business with companies that boycott Israel, Texas has helped secure places of worship with $10 million in grants and created an advisory committee to combat and confront prejudice against Jews.

"Hanukkah is about light and bringing light to darkness and today there’s a lot of darkness out there and teaching the kids about light and spreading light around, and each one of them is a little light, and altogether we make a big light, it’s very important to us," Hoff said.

Hanukkah runs through the evening of Dec. 26.