GROSSE POINTE PARK, Mich. - The Wayne County prosecutor has denied a request for a warrant in the case of racist imagery being displayed for a neighbor to see. 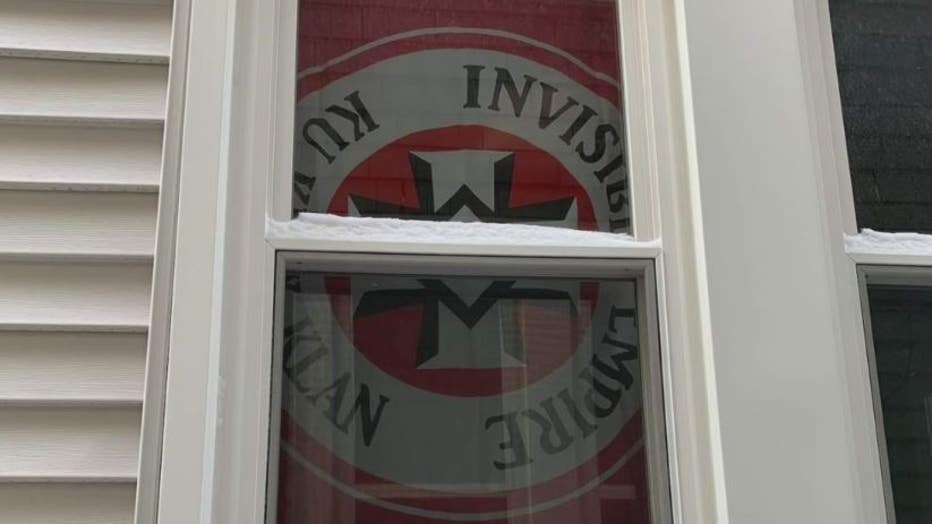 In a Tuesday release, Prosecutor Kym Worthy said that the flying of a flag with Ku Klux Klan imagery on it did not amount to the charge of ethnic intimidation.

"There is absolutely no question that what happened to Ms. Dinges was despicable, traumatizing, and completely unacceptable. But, very unfortunately in my view, not a crime," said Worthy in a statement.

JeDonna Dinges, a 57-year-old resident of Grosse Pointe Park, said her neighbor had put up the flag with racist symbolism with the intention of her seeing it. It was displayed shortly after she had installed security cameras on the side of her house over concerns of crime in the area.

Instead, Dinges found a red flag with KKK imagery staring at her through a side window that only she could see.

"They made it clear with the police 'we never had any problem with her, but we're non-confrontational people,'" Dinges recalled. "I don't know how you get any more confrontational than a klan sign."

While the neighbor eventually took the flag down, concerns over the flag's flying remained.

In order for someone to commit ethnic intimidation, the action requires there be "physical contact, damage, destruction, defacement of property, or threats to do so."

However, after a "thorough review" from the Wayne County Prosecutor's Office, officials determined there was insufficient evidence of an ethnic intimidation charge. Worthy did urge the Michigan legislature to review and change its current law.

"I strongly encourage the Michigan Legislature to look, revise, and create laws to protect citizens from this kind of horrible conduct," she said.