It was the moment everyone was waiting for: Season 5 of "The Masked Singer" ended on a high note as the final three contestants were unmasked.

RELATED: 'I love you, Ken Jeong': Swan unmasked on 'The Masked Singer'

Prior to his debut on the big screen, Jeong performed standup comedy at The Laugh Factory comedy clubs and The Improv. He’s made several television appearances in "The Office," FOX’s "MADtv," "The Entourage," and "Curb Your Enthusiasm."

In 2020, FOX announced Jeong as the host and co-executive producer of its new music game show, "I Can See Your Voice."

Commemorate Jeong’s special day with a variety of films available for free on Tubi.

"A well-meaning but gruff family physician with a questionable bedside manner juggles his medical practice and chaotic home life as a clueless dad."

"Celebrity performers, costumed to conceal their identities but dropping hints along the way, compete each week as one is eliminated and unmasked."

"The fur will fly when woodland creatures unite to stop the development schemes of a real estate executive (Brendan Fraser). Brooke Shields costars."

"Various celebrities compete against one another in a dance talent contest, while shrouded from head to toe in elaborate and whimsical costumes."

"Contestants compete to win a cash prize if they can tell the difference between good and bad singers, without ever hearing them sing." 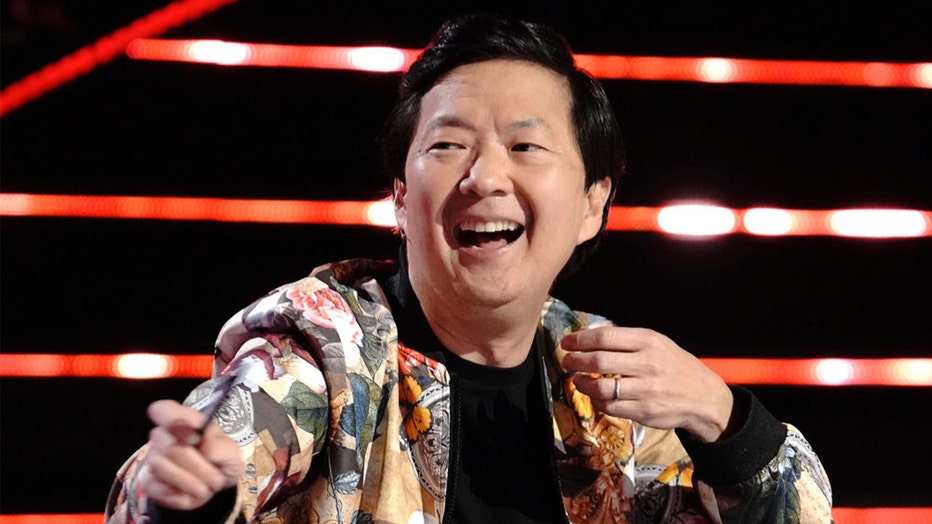 Ken Jeong in the "Group B Playoffs - These Masks Don't Lie" episode of "The Masked Dancer" on FOX.

"After a sparrow is mistaken for an exotic bird, he and his friend must learn to embrace their true selves as they set out on a dangerous adventure."

"Based on the smash web-series about a group of bro-mantic friends who evolve into adulthood while courting love, fun and nightlife in Koreatown."

"After being evicted from his beloved home, a man sets a desperate plan in motion to get it back, with very unlikely and life-changing results."

This station is owned by the FOX Corporation. This story was reported from Boston.