Hendrickson High School was named a Special Olympics Unified Champion School this fall. Now, it's being recognized by the Special Olympics and ESPN as a top-five school for inclusion in the United States.

PFLUGERVILLE, Texas - A high school in Pflugerville is being nationally recognized for its campus-wide inclusion efforts involving students with and without disabilities.

Hendrickson High School was named a Special Olympics Unified Champion School this fall. Now, it's being recognized by the Special Olympics and ESPN as a top-five school for inclusion in the United States. Monday, the school and organizations celebrated with a banner ceremony.

“The work doesn’t end with the presentation of a banner, in fact, the work only begins.” Principal Daniel Garcia told students during the ceremony, which featured the school’s band, dance, and cheerleading teams.

Among those firing up the crowd was sophomore Elena Chacon. The cheerleader told FOX 7 Austin she likes the sport because she gets to "play with [her] friends."

“She gets to be a part of, she’s friends with so many other girlfriends that are not just in her class, they have welcomed her, she has grown and everybody has just embraced her,” said Elena’s mother, Yvette Chacon.

Elena, says being a member of the team is “fun.” Chacon says the sport, also impacts her daughter's physical well-being.

“Elena doesn’t know that it’s actually become a part of a therapy. She has speech therapy in it. I mean even down to teamwork, she has OT, PT, so I always tell everybody Elena’s in therapy all the time, she just doesn’t know it,” Chacon said.

Elena, who struggles with speech, was even able to sing the national anthem for her classmates at the banner ceremony.

“I have given Elena to the school and I’ve asked them please tell me what to do, and they’ve just said 'we’ve got her.' And I can send her to school every day and I know that she’s gonna be taken care of, she’s gonna be respected,” Chacon said. 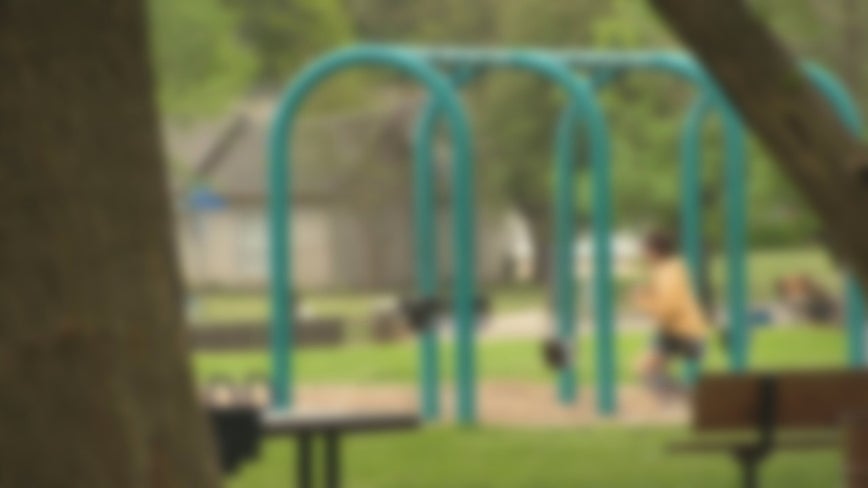