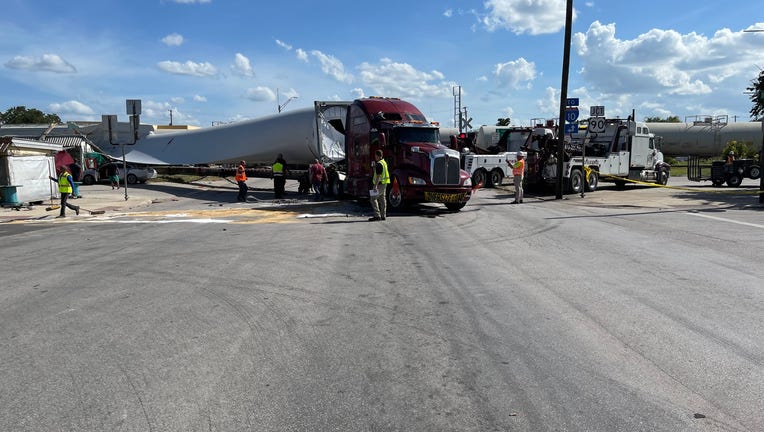 Police say the crossing was clear when the truck entered, but the bars came down when the vehicle was about two-thirds through.

LULING, Texas - US 183 in downtown Luling was shut down after a freight train collided with an 18-wheeler.

The crash happened shortly after 2:30 p.m. Sunday, August 29. Police say the 18 wheeler collided with a freight train near the intersection of US 183 and US 90.

Officials say a truck from Northern Lights Transportation was hauling a wind turbine blade and as it was turning from Pearce Street onto northbound 183 it was hit by a Union Pacific freight train.

The crash caused the truck to overturn.

Police say the crossing was clear when the truck entered, but the bars came down when the vehicle was about two-thirds through.

Police say no one was hurt in the collision, although the train engine sustained damage as did the railroad crossing.

Traffic was detoured for hours while crews cleaned up the debris.

The exact cause of the crash remains under investigation.