SAN MARCOS, Texas - A new state-of-the-art production studio is set to be built in San Marcos.

Hill Country Studios, a $267 million project, will be the first and largest virtual production, television, film and streaming studio of its kind in Texas, says Hill Country Group. The project will be located at the entrance to the La Cima master planned community near Wonder World Drive and West Center Point Road.

The new studio will have two identical virtual production stages with a 75-foot diameter performance space that will be among the largest virtual stages in North America, says the company. 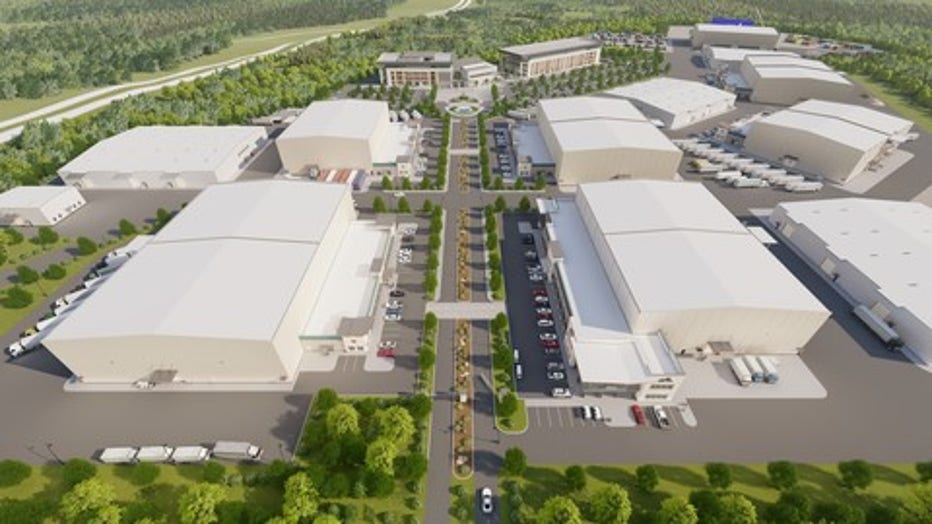 Hill Country Studios, a $267 million project, will be the first and largest virtual production, television, film and streaming studio of its kind in Texas. (Hill Country Group)

The project will also have modern lifestyle and collaborative workplace amenities, headlined by post-production facilities, a 50-seat screening theater and a full service restaurant and coffee shop, says Hill Country Group. Twenty-five acres will be reserved for vendor and commercial space built to serve both the studio and surrounding community.

The film production studio is expected to bring 44 full-time employees to San Marcos upon full project completion and employ up to 1,400 additional contract workers, according to the city. It will also support local vendors providing services and supplies needed for on-site production projects including but not limited to caterers, dry cleaners, tailors, lumber suppliers, digital equipment suppliers, electricians, plumbers, carpenters, and commercial real estate agents.

The city says the development also brings environmental benefits as Hill Country Studios will be built at 48% impervious cover, less than the 80% allowed for a commercial project at this location in La Cima due to current City Code.

Construction on the project is expected to begin in April 2023 and will be conducted in three phases, with an anticipated completion date set for August 2025, says the city.