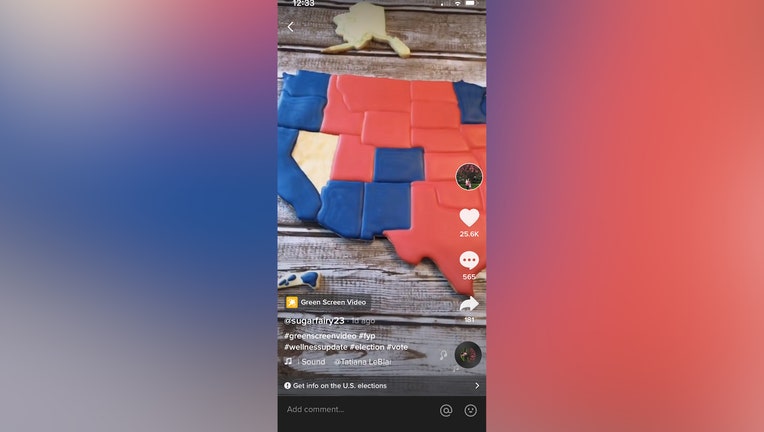 LeBlanc posted her first video contemplating the idea the day after Election Day where she presented a blank cookie version of the U.S.

As results of vote tallies started to slowly trickle in, LeBlanc would fill in each state with either red or blue icing.

When asked in a comment by a random viewer why she decided to keep track of states’ voting results with a giant cookie and icing, LeBlanc pointed to CNN’s John King’s electoral map as her inspiration.

Joe Biden has won the presidency, defeating President Donald Trump in the 2020 race for the White House, according to projections by the Associated Press and FOX News.

Biden won the battleground state of Pennsylvania by a thin margin after a protracted vote count, according to projections by news outlets, flipping another key state that voted for Trump in the 2016 election.