Republicans in the House of Representatives have chosen Rep. Elise Stefanik as its next conference chair, replacing the void created by their removal of Rep. Liz Cheney, of Wyoming, earlier this week.

WASHINGTON - Republicans in the House of Representatives have chosen Rep. Elise Stefanik as its next conference chair, replacing the void created by their removal of Rep. Liz Cheney, of Wyoming, earlier this week.

Stefanik, R- N.Y., was widely considered the front-runner. She has a more moderate voting record than her predecessor but has become a staunch defender of former President Donald Trump in recent years — endearing her to her fellow Republicans.

"First, I wanted to thank my colleagues for the opportunity to serve as the House Republican Conference Chair," Stefanik said Friday morning. "I have prioritized listening to all members of our Republican conference. And my focus is on unity because that is what the American people, and that's what our voters, deserve."

Cheney fell out of favor among Republicans in recent months after she became one of Trump’s biggest critics in the party. She took issue with his false claims that widespread voter fraud cost him re-election and blamed Trump’s claims for inciting a mob to attack the Capitol on Jan. 6. 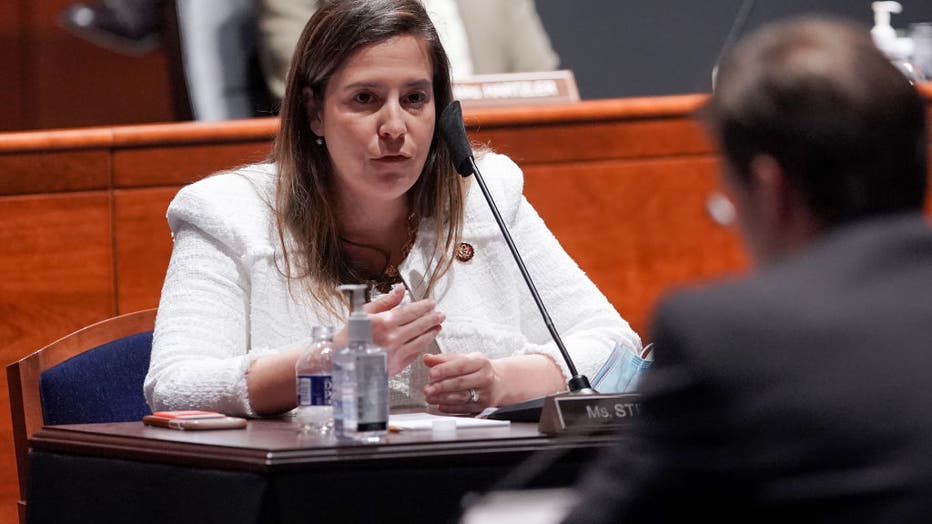 Cheney was among the handful of Republicans to vote in favor of impeaching Trump for inciting insurrection. A few weeks after that vote, Republicans held a vote to consider removing her as the conference chair.

She survived that vote, but could not survive Wednesday’s.

Shortly after Cheney was removed, Stefanik published a letter penned to her fellow Republicans explaining why she wanted to be the next No. 3 Republican in the House.

Stefanik said she had not spoken with Cheney since the conference removed her from the leadership role. But she said Cheney and other vocal Trump critics have a place in the Republican Conference.

Even so, Stefanik emphasized unity and made it clear she would be steering the conference towards Trump.

"We are unified in working with President Trump," Stefanik said. "My job representing our Republican members, the vast majority, we look forward to working with Trump."