HOUSTON - A former Klein Oak High School student won a $90,000 settlement after she filed a lawsuit claiming her teachers harassed her for sitting out the Pledge of Allegiance.

On Tuesday, the civil rights organization American Atheists announced the settlement on behalf of the nonreligious student.

According to the lawsuit filed in 2017, the student was subjected to discrimination and harassment throughout high school for not participating in the Pledge of Allegiance because of her objection to the words, "Under God."

Klein ISD tried to have the case dismissed, but a federal judge allowed the case to move forward in August 2018.

"Nonreligious students often face bullying or harassment for expressing their deeply held convictions," said Nick Fish, president of American Atheists in a statement. "No one should have to endure the years of harassment, disrespect, and bullying our client faced. The fact that this happened in a public school and at the hands of staff who should know better is particularly appalling." 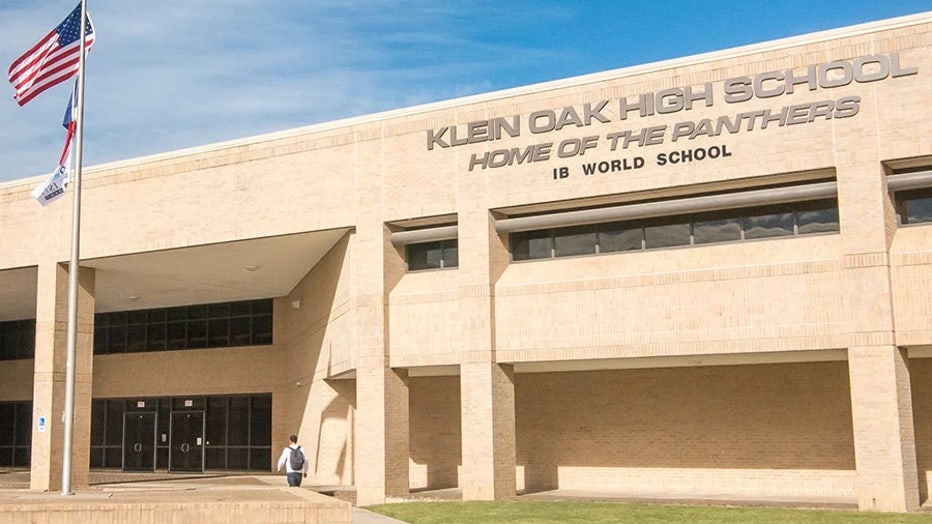 After five years of litigation, one of the defendants, the student's 12th grade sociology teacher Benjie Arnold, agreed to settle the case. As a result, the Texas Association of School Boards, a risk pool funded by Texas school districts, paid $90,000 to resolve the case before trial.

According to the lawsuit, the bullying the student experienced led to her mother withdrawing her from Klein Oak to temporarily homeschool her, allegedly incurring more than $10,000 in expenses. When she returned, the discrimination she faced for sitting out the Pledge resumed and intensified.

In one instance, Arnold allegedly singled her out and retaliated against her for sitting out the Pledge by requiring that she and her classmates write the Pledge down. The student refused.

The lawsuit says Arnold then "told the class that anyone who did not complete the Pledge assignment would receive a zero and compared people who refuse to say the Pledge to Soviet communists, members of the Islamic faith seeking to impose Sharia law, and those who condone pedophilia."

Arnold allegedly acted this way despite being informed during a staff meeting that the student was exempt from the Pledge under law.

In 1943, the Supreme Court ruled in West Virginia Board of Education v. Barnette that a student could not be forced to stand for the Pledge of Allegiance.

"The classroom is not a pulpit. It is a place of education, not indoctrination," said Geoffrey T. Blackwell, Litigation Counsel at American Atheists, who handled the case and settlement negotiations in partnership with Texas civil rights attorney Randall Kallinen. "This settlement serves as a reminder that students do not lose their First Amendment rights when they enter the classroom."