Nine-year-old Charlie Crawmer is back to hitting home runs for his All-Star team and cheering on his Houston Astros again, but that was put on hold for a while because of seizures.

HOUSTON - Baseball season is meaningful for nine-year-old Charlie Crawmer. He's a huge Houston Astros fan and quite a player himself. He's finally getting to hit home runs again for his All-Star Little League Team, after putting sports on hold because he started suffering from seizures.

Charlie, who plays third base and left field, had to take a break from almost everything that was fun in his life, after medical problems started plaguing him at the young age of six.

"We would talk to him, and he would just kind of start zoning out of it and then we, he would finish the sentence then he would just give us a blank stare," explains Charlie's mom, Sarah.

As parents of four children, Sarah and her husband Brian, knew something was off with Charlie. They found a specialist who diagnosed him with a genetic form of epilepsy. They were doubtful about that though, because no one in their family had ever had a seizure. 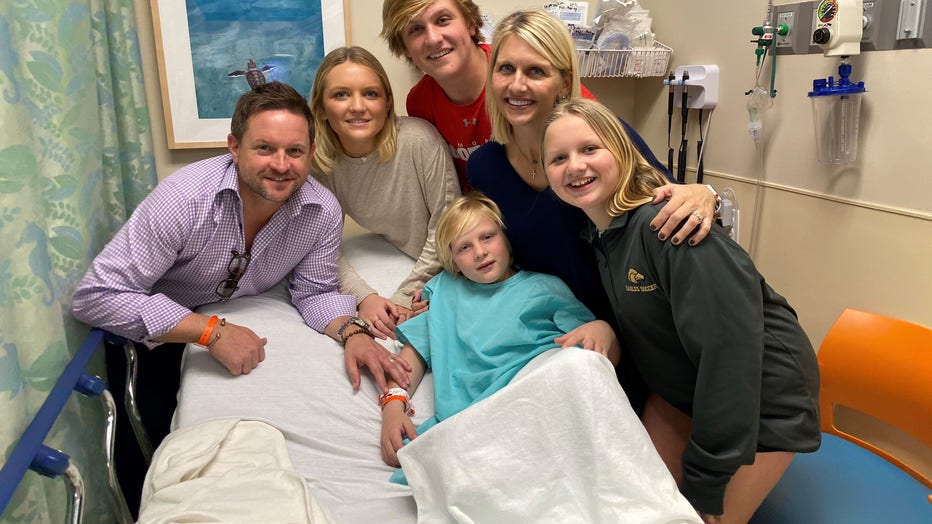 Charlie's seizures just kept getting worse and it was traumatic for the entire family.

"Charlie had a seizure that was something that we had never seen before and he became very tonic, in a frozen state for over 25 minutes, and he became blue. It was the most traumatic experience we have had ever as parents. It resulted in a 911 call, ambulance to the ER," says Sarah.

The Crawmers insisted on more tests.

"The MRI showed that Charlie had a thalamic tumor, which was in the middle of his brain, which is a place where no one really wants to operate, because it's such a sensitive area. Doctors say typically these types of tumors don't cause seizures, so Charlie was prescribed more medications."

He was taking more than 40 pills a week, yet still having seizures multiple times a day. His active lifestyle came to a standstill.

"He cannot ride a bike. He cannot really swim without someone consistently watching him, no bathtub, no downhill skiing because the danger is a safety issue," states Sarah.

They asked everyone they knew for a new referral for a specialist who may be able to figure out what was happening to their precious son. That journey led them to Dr. Nitin Tandon, neurosurgeon with UTHealth Neurosciences and Chair ad interim of Neurosurgery at McGovern Medical School at UTHealth. Dr. Tandon is also affiliated with Children’s Memorial Hermann Hospital.

"Charlie's a very energetic and charming little boy and so it was sad to see how his life was being devastated by the seizures, and by the medications that he was taking at very large dosages to try to control the seizures," states Dr. Tandon. 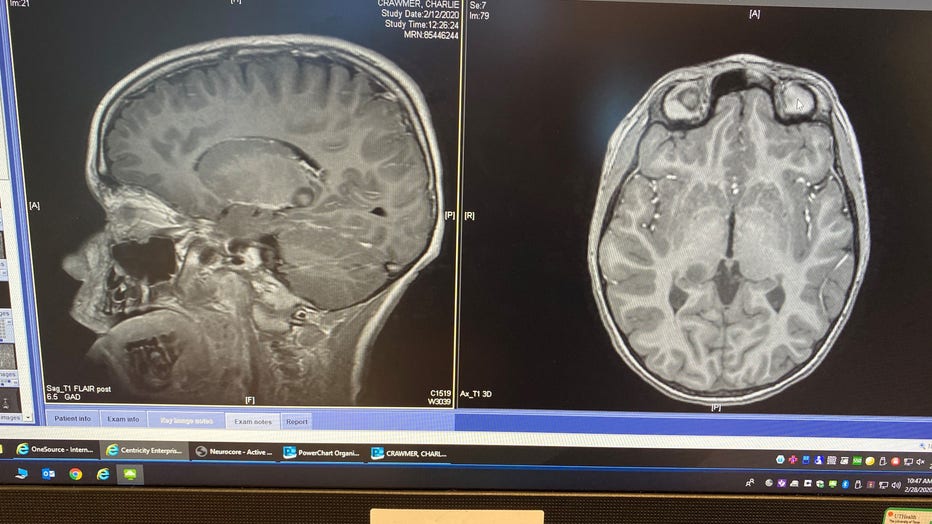 He ended up being the first to realize that Charlie's tumor was uncharacteristically causing his seizures and needed to be removed immediately. He did this through a special ablation procedure.

"I went out on a limb and put in a very small needle into this tumor, got a biopsy of it, and then followed that needle with the fiber of a laser catheter that went into this – again, this is less than a centimeter in size – really in the middle of his head, and then we destroyed this tumor with that laser energy," explains Dr. Tandon.

"There's not a lot of people who are willing to take the risk, study properly to be able to successfully go in and pull something like this off," says Charlie's dad, Brian. "Because a craniotomy wasn't an option for the location of Charlie's tumor, because although it was in the middle of his head, it was also in the center of his head so there wasn't a deeper place to go. And so this was the option, and thank God for the introduction and the knowledge of Dr. Tandon because otherwise we wouldn't be having this conversation right now." 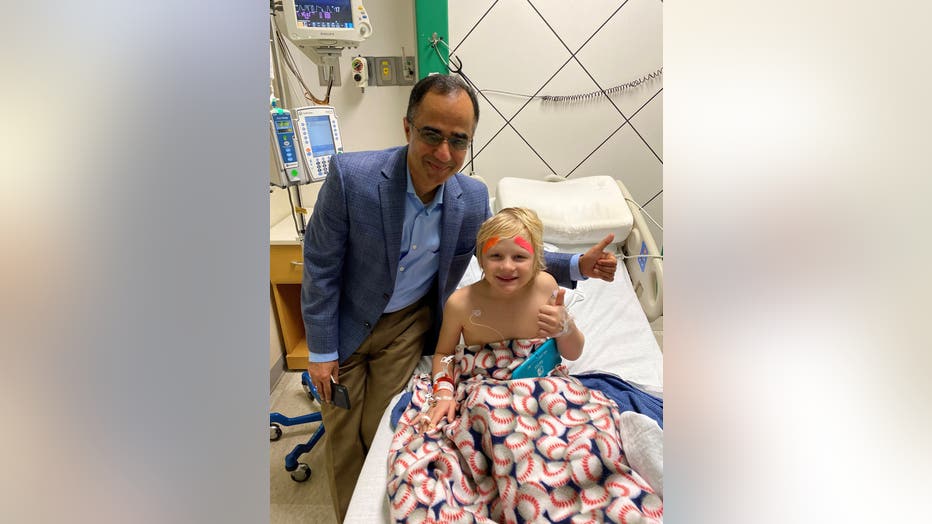 Players on Charlie's team wore "Crush It For Charlie" stickers on their batting helmets before his surgery.

He crushed it all right!

That surgery was 18-months ago and he has been seizure and tumor-free since then.

Charlie's favorite professional team has also been cheering him on.

"After my brain surgery, Alex Bregman sent me a video. He said, 'Hi Charlie, I hope you feel better. I'll see you at an Astros game too'," describes Charlie.

His mom says that was an awesome thing to get after his brain surgery.

Charlie even got to meet Bregman and other players at an Astros game!

Smiles all around, including from Charlie's surgeon. "It is just amazing! And so, you know he has his little boy coming down on medications, living his life to the fullest. It really is and we're so fortunate to be able to help."

Now Charlie is crushing it in baseball again himself, recently on the winning team of the select tournament team championship. 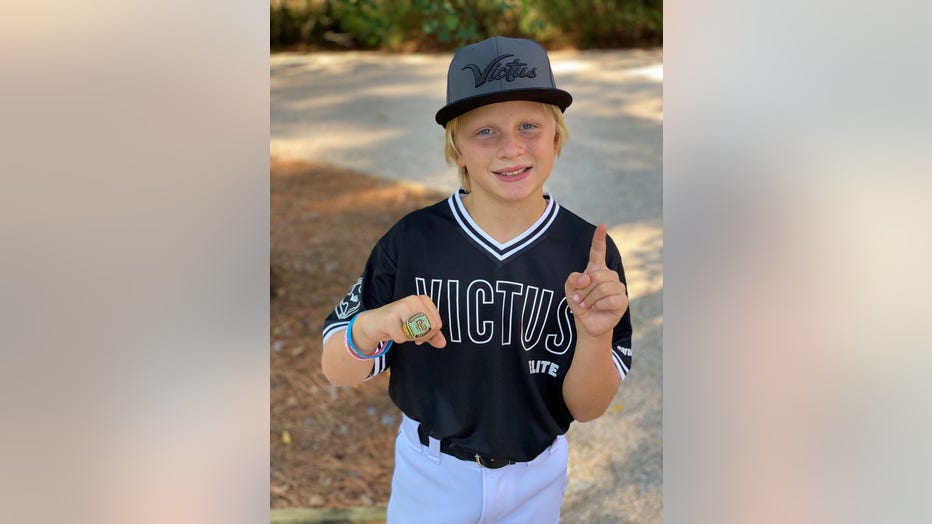 For more information on Neurology at the McGovern Medical School of UTHealth, click here.