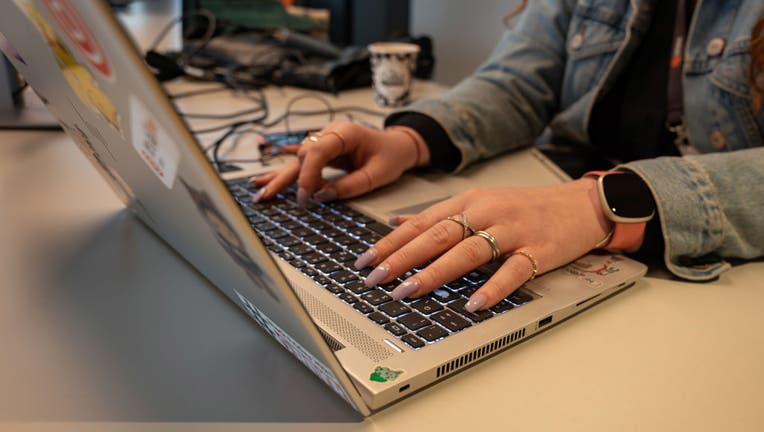 An employee works at a laptop computer at the new Infobip Ltd. tech campus in Zagreb, Croatia, on Monday, April 25, 2022. Infobip earlier this year opened the companys biggest innovation center in Zagreb, with the $21 million, eight-story building en

HOUSTON - While women in STEM fields have experienced difficulty in securing jobs and earning less than their male counterparts, Houston is among one of the best for those in the technology industry.

According to a report by SmartAsset, Houston was ranked the third-best city in the U.S. for women in Tech, right behind Washington D.C. and Arlington, Virginia. The only other city in Texas that made the top 10 was Fort Worth, which was positioned at #6.

The study compared 59 U.S. cities ranking them based on income for women in tech (after housing cost deductions) gender pay gap, women as a percentage of tech workers as well as three-year growth in tech employment.

Notably, the report states representation of women in the tech workforce has not improved since 2021. Women have only made up about one in four tech workers over the past several years.

Houston, on the other hand, fares a little better in comparison to others, as it ranks "first overall for the gender pay gap," the study claims.

"Women earned 98% of what men do in the tech workforce on average," the study said. "Also, women tech workers earn $65,662 after housing expenses are accounted for (ranking ninth-best). Between 2017 and 2020, total tech employment grew by 13% and in that workforce, 27.5% of workers are women."

To read the full report and how Houston compared to other states, click here.