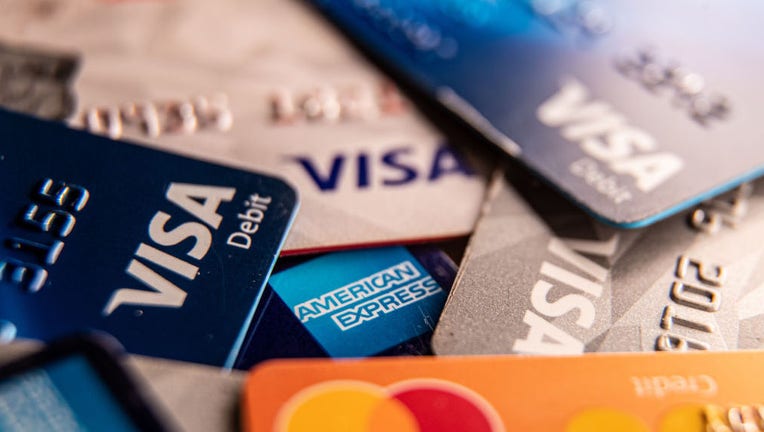 In this photo illustration the Visa, Mastercard and American Express logos are seen on credit and debit cards on March 14, 2022. (Photo by Matt Cardy/Getty Images)

Merchants were charged $137.8 billion in credit and debit card swipe fees in 2021. This means the average family had to shell out an additional $900 each year on items due to higher swipe fees even before surging inflation, Leon Buck, the National Retail Federation’s vice president of banking and financial services, told FOX Business.

These so-called "swipe" fees are imposed on merchants every time a consumer makes a purchase with their credit or debit card. Oftentimes, though, retailers will try and offset these increases by passing them on to the consumer.

With inflation surging to the highest level since 1981, consumers will have to shell out even more.

"You're looking at about $75 additional," Buck said. "Now we're saying that's $975 in higher costs for goods and services based on the increase in swipe fees." 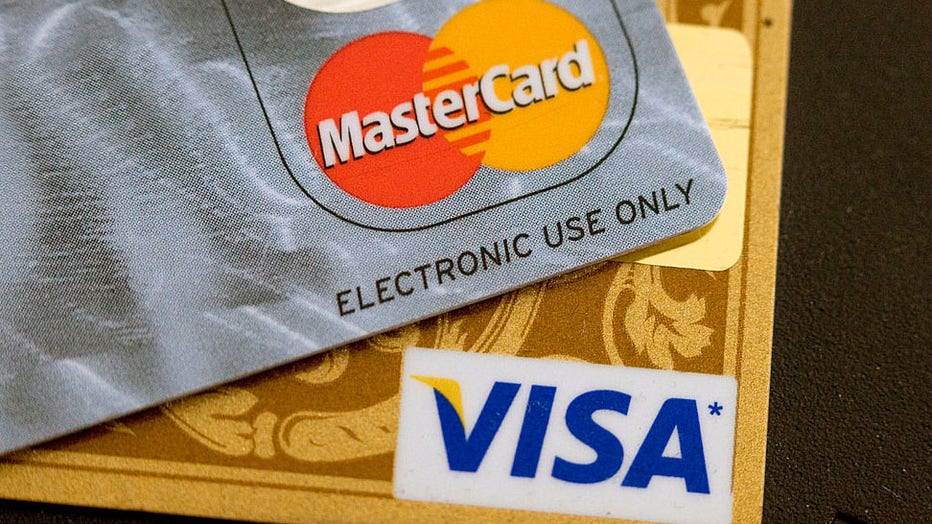 Visa and MasterCard credit cards are arranged for a photo. (Photo by Norm Betts/Bloomberg via Getty Images)

Buck said if a consumer walked into Target, for example, and swiped on a $100 purchase, that would turn into $108 with the swipe fee increase and inflation.

"It may not sound like much, but it does add up across millions of purchases every day across the whole country," he added.

In April, Mastercard and Visa raised swipe fees again, costing retailers $1.2 billion on top of the $137.8 billion retailers faced last year, according to the NRF.

Meanwhile, even if rates stay the same, card networks will see 8.5% more swipe revenue this year regardless due to inflation, Buck continued.

However, Linda Kirkpatrick president of Mastercard North America, said in written testimony to Congress that the company delayed its plans to increase fees in April 2020 and April 2021 due to the COVID-19 pandemic. This year was the first time the company made "significant changes since 2006," according to Kirkpatrick.

"On April 22, 2022, we adjusted interchange, with some rates going up and some going down," Kirkpatrick said. "Among our changes: we lowered rates for merchants with transactions below $5, directly supporting smaller businesses."

Meanwhile, Visa told FOX Business in a statement that "like any line item for their business, merchants price their goods based on their costs. This is true of digital payments or cash handling." However, Visa argued that "cash handling is an inefficient process and there are costs associated with reconciling, securing and replenishing cash."

The company cited a 2018 study from IHL Group, which noted that cash handling costs range from 4.7%-15% of every dollar received, which Visa claims is "far less than the cost of accepting digital payments."

"It is critical that costs be looked at in the larger context – including the benefits that parties derive from the system," the company said.

Get the latest updates on this story at FOX Business.com.