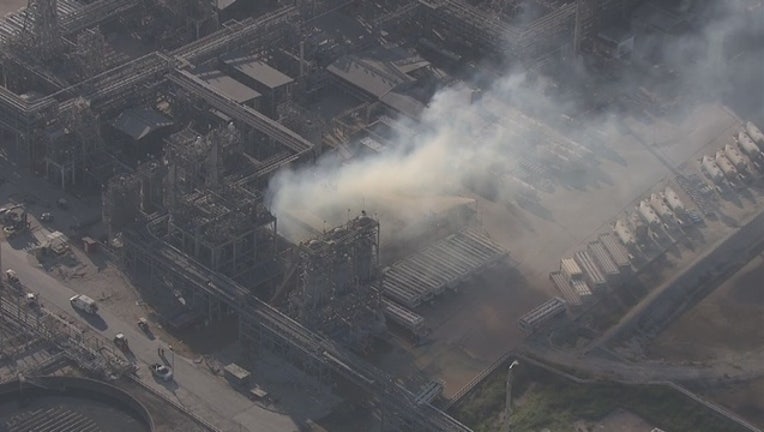 Four people were injured in the fire and one of them was taken by Life Flight medical helicopter to Memorial Hermann Hospital - Texas Medical Center, according to Vance Mitchell with the Pasadena Police Department. He also said the fire is under control and is no threat to the surrounding community.

More than 300 people are employed at the Albemarle Corporation facility in Pasadena, which is located along the Houston Ship Channel, according to the company's website.

The facility, which sits on more than 409 acres of land, is "the largest aluminum alkyls complex in the world and has been in operation since 1952," according to a company fact sheet.