NEW BRAUNFELS, Texas - 18-month-old Joshua Davis Jr. went missing from his New Braunfels home in 2011 and has not been seen since. The New Braunfels Police Department says, ten years later, his case is "by no means a cold case" and a limited time reward is being offered for information that leads to an arrest and/or grand jury indictment.

Comal County Crime Stoppers is issuing a reward of up to $10,000 which is valid for the next 30 days and will expire at 5 p.m. on Wednesday, February 24.

WHAT HAPPENED TO JOSHUA DAVIS JR.? 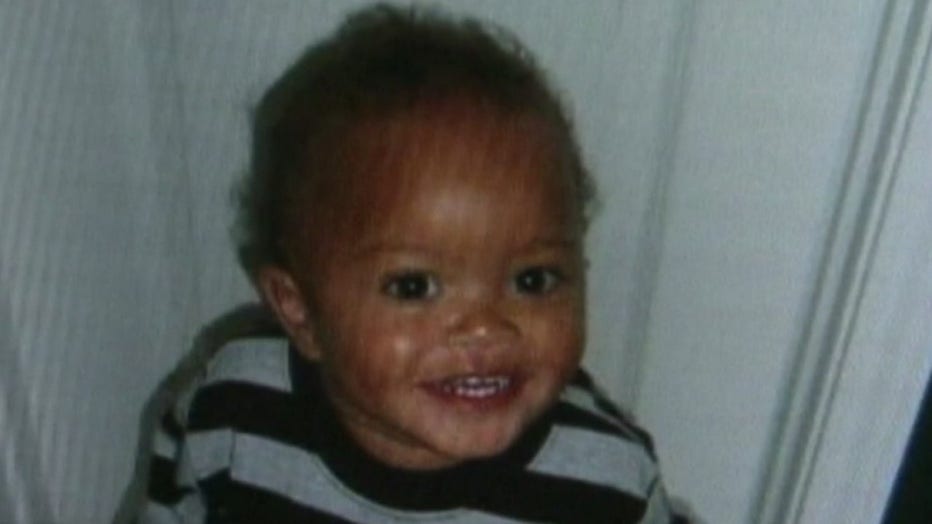 Joshua Davis Jr. went missing from his New Braunfels home located in the 2600 block of Savannah Hill Circle on February 4, 2011. New Braunfels police say that despite freezing temperatures with light snow and ice covering the ground, family members initially suggested that the 2-foot tall, 30-pound toddler had wandered outside into the rural area surrounding his home. Investigators determined that Joshua was not capable of leaving the home on his own.

A total of 10 people (7 adults and 3 children, including Joshua) were inside the home the night Joshua went missing.

The New Braunfels Police Department has not formally named a specific person of interest in the case but it says that anyone that was inside the home the night of Joshua's disappearance is considered a person of interest.

NBPD says it believes that Joshua's disappearance is suspicious in nature and investigators theorize that Joshua was possibly injured, either accidentally or purposefully, and then removed from the house.

NBPD held a press conference on Wednesday to mark the 5-year anniversary of Joshua's disappearance. Family members had to stay outside. Police have said when Joshua disappeared there were 7 adults and 2 kids home on the 2600 block of Savanna Hill Circle. Police now say drugs were found that night.

Officials also say that they are "frustrated and disappointed" in the level of cooperation from some members of Joshua's immediate family who they say "have repeatedly lied and misled detectives, sending them off to investigate theories that they knew to be untrue, which took resources away from the investigation that could have been better used to help bring closure to this case."

An instance NBPD gives is that despite claims from the family that they called 911 immediately after Joshua went missing, NBPD says investigators confirmed that about 45 minutes to one hour passed from the time Joshua allegedly disappeared to the time the 911 call was made. NBPD says that investigators "know that illegal drugs were clean up and disposed of and a family meeting was held prior to the 911 call being made."

More than eight years after an 18-month-old boy disappeared, New Braunfels police have released the family's 911 call reporting him missing.&nbsp;

"My grandson is missing. He's about 16-18 months. We can't find him anywhere," Jerome Davis can be heard telling police on the 911 recording.

"We've been looking for him for about 20 minutes," Jerome said that night.

"Okay, I'm going to send someone in that direction. Keep looking for him. If you find him, give us a ring back," the officer responded.

"NOT BEEN FULLY TRUTHFUL"

In 2016 on the 5th anniversary of Joshua's disappearance, David Ferguson with the New Braunfels Police Department said, "Every person that was inside the house the night of Joshua's disappearance has been interviewed multiple times. So, at this point, again, we believe that the family and those that were in the house that night have not been fully truthful with the information about the events that night. And we're asking them to search deep within their hearts."

NBPD says some members of the family have been disingenuous with the media and the community about the facts of the investigation. It says that even though the family has repeatedly been presented with the facts of the investigation by detectives, there are those who have refused to believe those facts and have continued to propagate misinformation about the case to the media and others.

One example NBPD cites is that despite claims by some family members, detectives have ruled out abduction from the home based on a number of factors including statements made to investigators by the family in the hours following his disappearance.

NBPD says it is routinely examining evidence, following up on new leads, conducting interviews, and issuing statements to the community regarding the case in hopes of bringing closure.

However ultimately, NBPD says detectives "firmly believe that the key information needed to solve this case lies with members of the family that were in the home the night the child went missing."

NBPD says that while they've been cooperative with the investigation, those that were in the house that night "have not been forthcoming with fully truthful information in all aspects of the case." NBPD says it urges those family members, or anyone else, to come forward with the truth about that night’s events in the hopes of providing justice for Joshua.