Jails are beginning to release inmates early and modify their sentences as a result of the coronavirus outbreak, hoping to prevent the further spread of the deadly disease inside close quarters, like cells.

On Thursday, the Alameda County Sheriff's Office said 314 people at Santa Rita Jail in Dublin were approved for sentence modification or early release. An additional 67 people were released by the court on their own recognizance orders. "We continue to release when we can while protecting public safety," the sheriff tweeted.

In San Francisco and San Mateo County, jail officials said they are currently working with the District Attorney and Public Defender offices to evaluate who may be eligible for early release. Neither jail had any coronavirus cases to report, officials said on Thursday.

In San Francisco, sheriff's spokeswoman Nancy Crowley said most of the people in jail have been booked on, or convicted of, serious or violent charges and so the early release numbers would likely not be that large. People charged with misdemeanors aren't usually held in jail as they await their legal hearings, she said.

That means San Francisco County jails have one of the lowest incarceration rates in the country, with only 1,105 people in custody. Crowley said this makes social distancing for those who are held in custody less challenging.

Women sue Santa Rita over treatment; sheriff says it's the "best big jail in the nation"

Earlier this week, Santa Clara County Sheriff Laurie Smith said six inmates were released early from custody in order to slow the spread of the virus after two inmates were exposed to COVID-19 and quarantined. The six are on house arrest with electronic monitors and all had a short time left on their sentences, she said.

On Thursday, a 58-year-old man was found dead in his cell at the Elmwood Correctional Facility in Milpitas, and investigators were working to determine his cause of death, including if coronavirus was a factor, Santa Clara County sheriff's officials said.

The move is being replicated across the state and country. 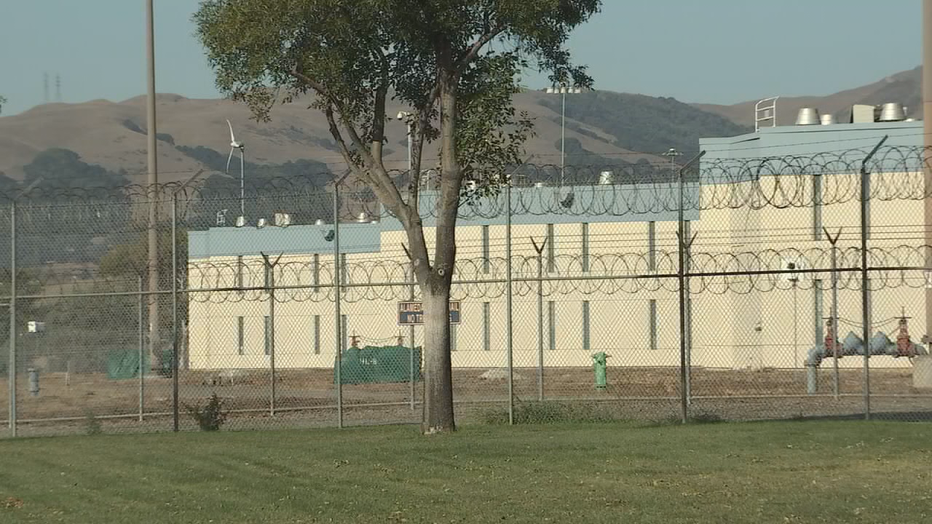 Los Angeles Sheriff Alex Villanueva told reporters Monday that his office had reduced the population from 17,076 inmates to 16,459, a reduction of more than 600 inmates, in about two weeks. In Ohio, a jail there moved to release hundreds of inmates over the weekend.

On social media, there were plenty of critics. "I'm locked up in my house, why shouldn't they be locked up in theirs?" one woman wrote on Facebook. Janelle Hassett Peterson wrote: "These people are the LEAST likely to be healthy in the first place or self quarantine. Releasing them is par for the course for the way this crisis is being handled."

But so far, there has been no real vocal outcry from prosecutors or law enforcement agencies.

Alameda County District Attorney spokeswoman Teresa Drenick said her office was not letting anyone out who was dangerous: "We oppose the release of any person who poses a risk to the comunity or who is charged with a violent or serious crime."

But she said those who were released early either had health issues or  45 days or less on their sentence.

Overall, across the country, the Fair and Just Prosecution center, which represents elected district attorneys nationwide, issued a statement this week, noting an outbreak of COVID-19 would be catastrophic in the prison system.

Not only would it gravely affect incarcerated people who are older than 60, but the prosecutors noted that imates then have contact with deputies, wardens, vendors and others, who could then spread the disease into the wider community.

As a group, the prosecutors recommended  "dramatically reducing the number of incarcerated inviduals and the threat of disastrous outbreaks."

The early releases come as the American Civil Liberties Union and 14 ACLU affiliates, including the ACLU of Northern California, sent letters this week to the federal government and state and local officials outlining immediate actions to take to protect those involved in the criminal legal system.

“Public health experts recognize that people who are incarcerated or otherwise involved in the criminal legal system are at heightened risk of infection and critical illness,” said Lizzie Buchen, criminal justice director at the ACLU of Northern California. “Unless the COVID-19 public health response includes immediate and significant efforts to minimize the number of people in the system, this will be a humanitarian disaster.”

The ACLU also called for:

In San Francisco, Crowley said many of these requests are already taking place.

In addition to releasing inmates who are particularly vulnerable to COVID-19, unless there is clear evidence that release would present an unreasonable risk to the community, the San Francisco jail staff are also taking efforts to clean the facility.

As part of the booking process, Crowley said Jail Health Services has implemented "aggressive enhanced screening to rapidly identify and isolate any person with symptoms or exposure related to COVID-19."

As of Thursday, Crowley said there were no known coronavirus cases in any of the county's jails.