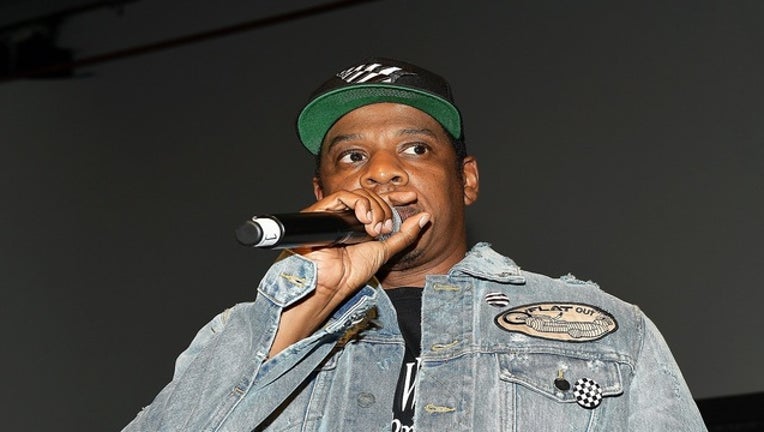 NEW YORK (AP) - Jay-Z performed his first headlining concert in three years in his hometown of New York City on Friday, a show that featured his popular hits and a dedication to outspoken NFL player Colin Kaepernick.

The Brooklyn rapper kicked off the first of three days of the Meadows Music and Arts Festival at Citi Field in Queens, performing a 90-minute set that included his well-known songs as well as political moments.

"I want to dedicate this song to Colin Kaepernick tonight," Jay-Z said of "The Story of O.J.," a song about blackness and managing money that also references O.J. Simpson.

Kaepernick became a polarizing figure among NFL fans for his decision to sit, and then kneel, during the national anthem last season to protest police brutality. Gregory, who died last month, was a comedian and activist who broke racial barriers in the 1960s and used his humor to spread messages of social justice and nutritional health.

Jay-Z's performance, though full of energy and excitement, had some other serious tones.

When the beat for the Kanye West-produced 2003 song "Lucifer" came on - which samples Max Romeo's "Chase the Devil" and includes the lyrics "Lucifer son of the morning, I'm gonna chase you out of Earth" - Jay-Z told the mostly young audience: "I promise we won't take people out of this country."

At the show, the 47-year-old icon wore a white T-shirt featuring the artwork of the 1965 Beatles film and album, "Help!" Jay-Z said he wanted to transform the show into rock 'n' roll territory when he played his collaborations with Linkin Park, even paying tribute to the band's lead singer Chester Bennington, who hanged himself in July.

"If you know this song, I want you to sing it so loud he can hear you in heaven," Jay-Z said before performing the Grammy-winning mashup "Numb/Encore," standing still and holding the microphone close with both of his hands.

Jay-Z's set also included big hits from his 21-year-old career, from "Hard Knock Life (Ghetto Anthem)" to "Izzo (H.O.V.A.)" to "Empire State of Mind." His last main show in New York was part of his 2014 On the Run Tour with Beyonce, though he's had some performances for his Tidal streaming service and surprise appearances.

Reggae artist Damian Marley joined in for "Bam" from "4:44," which was released in June and features songs about Jay-Z's personal life and work as an entrepreneur.

"If anybody got a dream, you chase that (dream) with everything you got," he said at one point.

When one fan was eager for Jay-Z to sign something, the rapper asked if the fan had a pen.

The fan did not.

"How am I going to sign your (stuff) without a pen?" Jay-Z asked.

"Got to be prepared," he told the fan.