DPS has not identified either person involved in the crash as of this time.

JONESTOWN, Texas - One woman was killed, another injured after a car crashed into a school bus in Jonestown Friday morning.

The crash happened before 8 a.m. on FM 1431. Sgt. Deon Cockrell of the Texas Department of Public Safety said a Red Ford Focus crashed into a Leander ISD school bus. There were no children on the bus at the time of the crash.

"It is a dangerous road. You know there’s hills, there’s corners, we do ask people to be careful." said Cockrell. 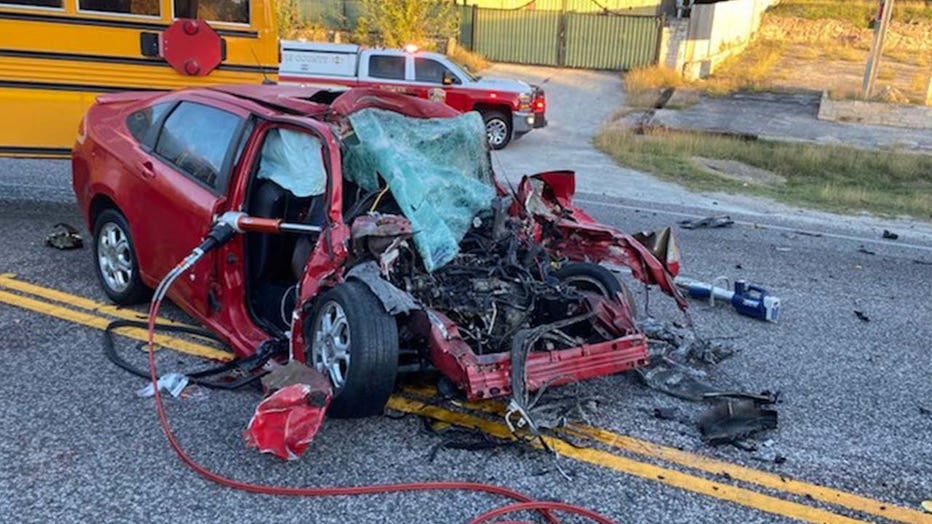 Commander Tommy Headrick of the Jonestown Police Department said he has seen a "steady" increase in crashes on FM-1431 since he joined the department 5 years ago. The collision was one of two on the road Friday, the second was not fatal.

"We’re experiencing the same problems that everyone is. Increased traffic, speed limits. I just feel like they’re probably higher than what we would like." 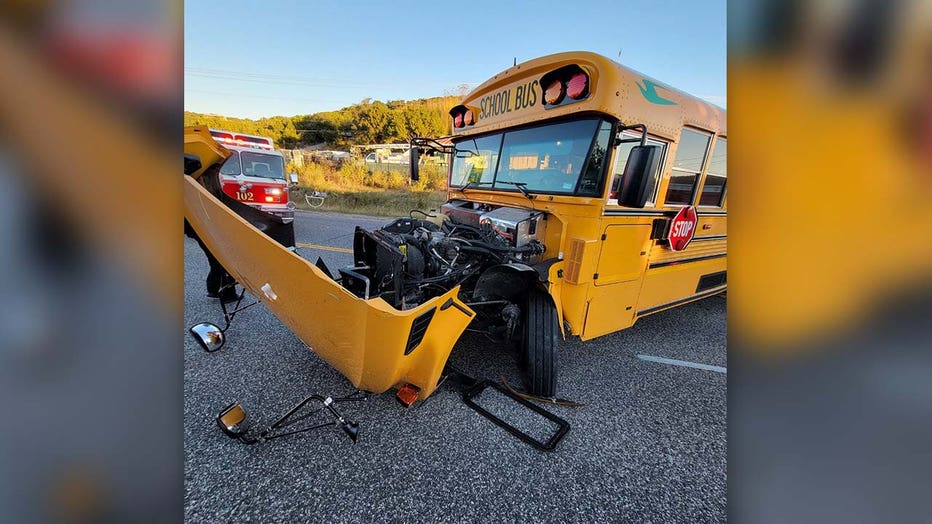 Headrick said TXDOT has been working with Jonestown to add turn lanes in crash-prone areas. Still, he would like to see speed limits lowered on FM-1431.