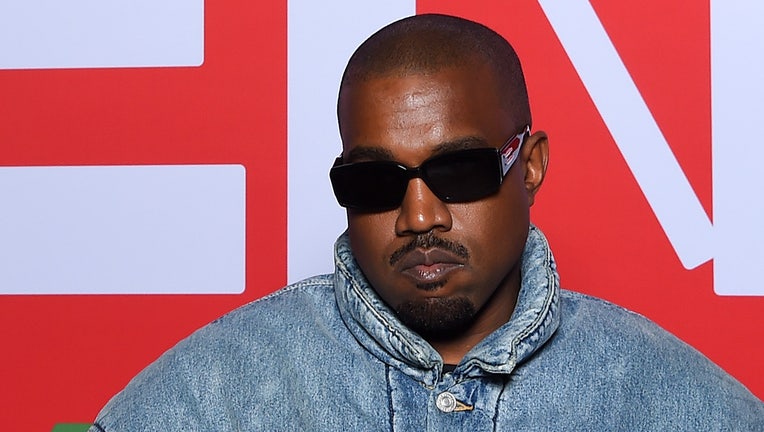 NEW YORK - Kanye West is dropping The Gap and is launching his own chain of Yeezy retail clothing stores.

The billionaire musician-fashion mogul has sent a termination letter to The Gap accusing it of failing to live up to its agreements to market the Yeezy fashion line, and is announcing that he is starting his own Yeezy stores around the world. Ye is planning to open thousands of stores.

"Ye had diligently tried to work through these issues with GAP both directly and through counsel. He had gotten nowhere."

Ye's Yeezy Gap fashion line includes hoodies, jackets and sweatshirts that retail from $60 to $500. The first item, a blue puffer style jacket, debuted last year and the store said that the line would provide "modern, elevated basics for men, women and kids at accessible price points."

The dust-up comes weeks after West, who goes by the name Ye, spoke out to Fox News about the false allegations that he was selling his Yeezy clothes at The Gap out of garbage bags. The bags were large construction bags, and the unique presentation was part of Ye's vision to revolutionize retail.

"I'm an innovator, and I'm not here to sit up and apologize about my ideas," he told Fox News. "I'm fighting for a position to be able to change clothing and bring the best design to the people at a price they can accept."

However, sources told Fox News that the partnership soured with the San Francisco based retail giant failing to distribute Ye's fashion brand through its normal distribution channels covering stores across the country, and not opening the specialty Yeezy branded stores called for in the contract.

"There is only one Ye," says Yeezy’s new vice chairman, the noted investor Shervin Pishevar.

"His fingerprints are all over our modern lives, our culture, our clothes, our devices, our music. His influence has changed the very design of our modern lives, and only one other person who I can think of has that ability, and that was Steve Jobs."

Ye signed an up to 10-year partnership with The Gap in 2020 to create his fashion line in collaboration with the high-end luxury Balenciaga brand. One aim was to attract more young people to the retailer and expand the offerings beyond the traditional polo shirts, chinos and jeans.

In a video obtained by Fox News in early August, Ye was seen giving a pep talk to Gap executives, telling them "This is the moment. There is never going to be an opportunity with a guy like me that cares this much about, specifically, this brand."

Last month, he teased his plans in an Instagram post: "We are going to open a Yeezy stores worldwide starting in Atlanta. Who would be the best to open it? I’ll buy the land and or building. Then we gonna open up in every state and then internationally…"

Pishevar said the company is also an extension of Ye's creative vision that can also help others. "This is a movement to give economic freedom and liberation, not just for Ye but for everyone."

Pishevar would know this experience firsthand, having arrived in the United States as a young boy when his parents fled the theocratic regime in Tehran.

"I have been lucky and blessed as an immigrant refugee kid, as the son of a taxi driver and a maid to have had so far, amazing opportunities to pursue the American dream and build companies that have changed the world," he said. "I believe, and I know that Yezzy is the next Apple, that is going to build the future. We are excited about going forward."

LINK: GET MORE ON THIS STORY FROM FOXBUSINESS.COM