After the death of Queen Elizabeth II, King Charles III gave his first address on Sept. 9, 2022, pledging to uphold the constitutional principles in the U.K. "I shall endeavor to serve you with loyalty, respect, and love as I have throughout my life," he pledged.

Britons will begin to see Charles’ image in their change from around December, as 50-pence coins depicting him gradually enter circulation.

The new monarch's effigy was created by British sculptor Martin Jennings, and has been personally approved by Charles, the Royal Mint said Friday. In keeping with tradition, the king's portrait faces to the left — the opposite direction to his mother's, Queen Elizabeth II. 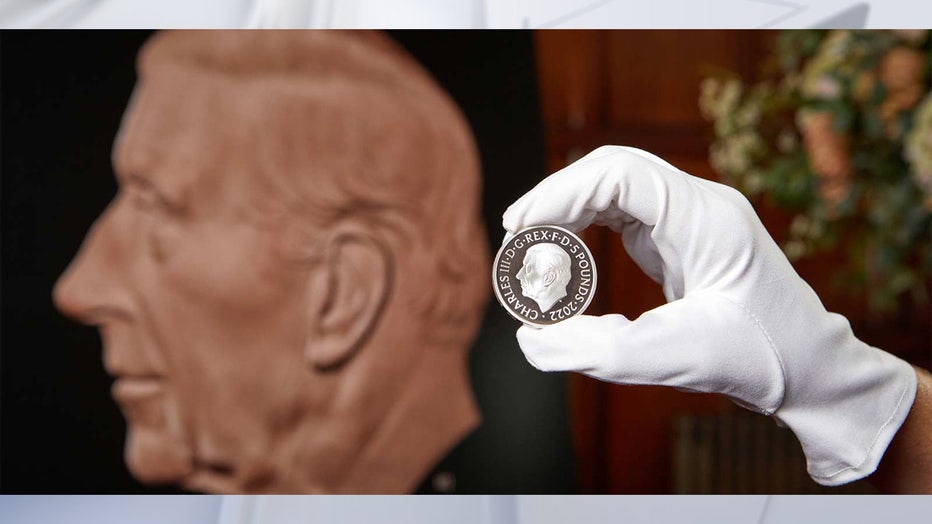 The King’s portrait will first appear on a £5 coin and 50p commemorating the life and legacy of Her Late Majesty Queen Elizabeth II. (The Royal Mint)

"Charles has followed that general tradition that we have in British coinage, going all the way back to Charles II actually, that the monarch faces in the opposite direction to their predecessor," said Chris Barker at the Royal Mint Museum.

Charles is depicted without a crown. A Latin inscription surrounding the portrait translates to "King Charles III, by the Grace of God, Defender of the Faith."

A separate memorial 5-pound coin remembering the life and legacy of Elizabeth will be released Monday. One side of this coin features Charles, while the reverse side features two new portraits of Elizabeth side by side.

Based in south Wales, the Royal Mint has depicted Britain's royal family on coins for over 1,100 years, documenting each monarch since Alfred the Great. 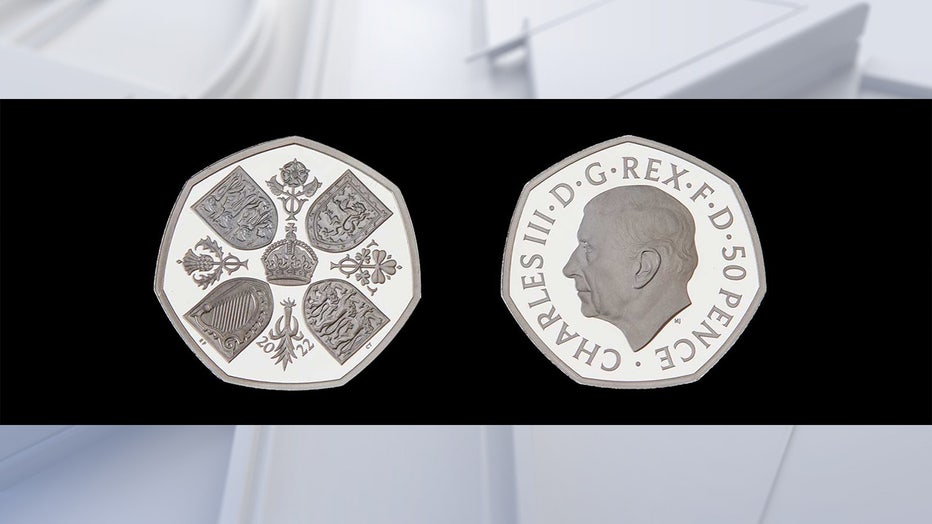 The 50p will enter circulation to mark the historic moment, and coins featuring His Majesty and Queen Elizabeth II will co-circulate in the U.K. (The Royal Mint)

"When first we used to make coins, that was the only way that people could know what the monarch actually looked like, not in the days of social media like now," said Anne Jessopp, chief executive of the Royal Mint. "So the portrait of King Charles will be on each and every coin as we move forward."

Jennings, the sculptor, said the portrait was sculpted from a photo of Charles.

"It is the smallest work I have created, but it is humbling to know it will be seen and held by people around the world for centuries to come," he said.

Charles acceded to the throne Sept. 8 upon the death of his mother, Britain's longest-reigning monarch, who died at age 96.

Around 27 billion coins bearing Elizabeth II's image currently circulate in the United Kingdom All will remain legal tender and be in active circulation, to be replaced over time as they become damaged or worn.