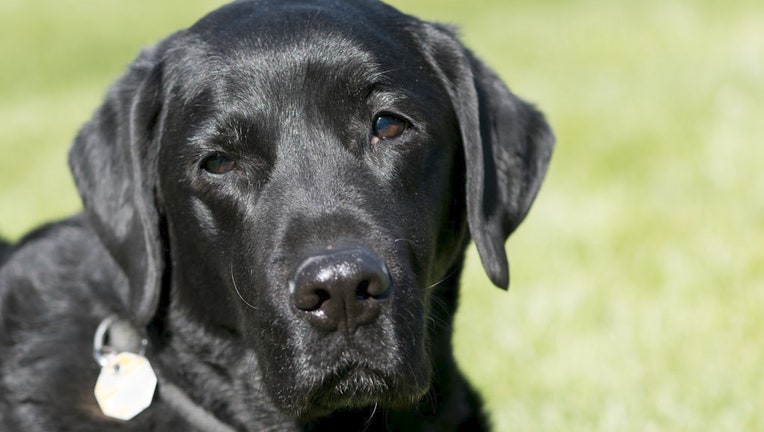 The American Kennel Club released its list of most popular dog breeds in America for 2020 on Tuesday, with the Labrador Retriever ranking at the top for the 30th year in a row.

"America’s love for Labs is undeniable," Gina DiNardo, the executive secretary of the American Kennel Club (AKC) said. "They’re such versatile, family-friendly dogs that it’s no wonder they’ve been so popular for 30 years."

In second place was the French Bulldog, just before the German Shepherd and Golden Retriever, respectively.

In becoming America’s second-favorite purebred dog, French bulldogs have officially knocked the German shepherd — which held the #2 spot since 2009 — to third place.

RELATED: 'I love you!': Adorable husky mimics his owner to say he loves her

"This breed's playful, alert and smart temperament make it a popular choice for both current and potential dog owners," said Gina DiNardo, the executive secretary of the American Kennel Club (AKC). DiNardo also added that the Frenchie’s popularity shows "no signs of slowing down."

Up until the 1980s, the French Bulldog’s popularity rose and fell, but Americans’ love for the stout lap warmer was reinvigorated, getting an extra boost of popularity when Carrie Fisher died in 2016. Fans became concerned about Gary, the Frenchie who was the film legend’s constant companion amid many press junkets and movie premieres, according to the AKC.

Hugh Jackman, Lady Gaga and Dwayne "The Rock" Johnson are among the many famous people who have shared their love for French Bulldogs.

"The breed appeals to people with sophisticated tastes," Gary Bachman, a retired psychologist who has lived with Frenchies since 1999, told AKC. "Their jovial personality is well-suited to city life," he said.

The Dachshund, also known as the wiener dog, broke its way into the top 10, knocking down the Pembroke Welsh Corgi to 11th place.

The AKC cited a study from the University of Bristol, City University of New York, and Western Carolina University that found movies, "specifically durably popular ones," strongly influence a breed’s popularity.

"For most of the twentieth century, even the breed’s temperament, health, and longevity played less of a role in selecting a dog than did association with a popular film," the AKC stated in a news release.

Some other breeds that are slowly making their way up the list are the Dalmatian, which was ranked 69th in 2010 and has risen to 51.

The Samoyeds, which ranked 72nd in 2010, and made a huge leap to 56th place. The Germain Wirehaired Pointers rose from 74th to 60th place and Boykin Spaniels jumped from 136th place to 87th this year.

The kennel club announced its rankings at a virtual press conference today at the AKC Museum of the Dog in NYC.

The AKC, a not-for-profit organization founded in 1884, maintains the largest registry of purebred dogs in the world.