LAKEWAY, Texas - The city of Lakeway and the Lakeway Heritage Committee are now accepting applications for names to be added to the Spirit of Freedom Monument in Heritage Park.

The monument includes more than 1,100 past and present Lakeway residents who have served or presently serve in the US armed forces during "official periods of conflict."

The city says the center obelisk lists names of veterans who served during WWII, with separate panels around it featuring names of veterans from the Korean and Vietnam wars. There are also panels to include names "reflecting official periods of armed conflict as specified by Congress since the Gulf War in 1990". 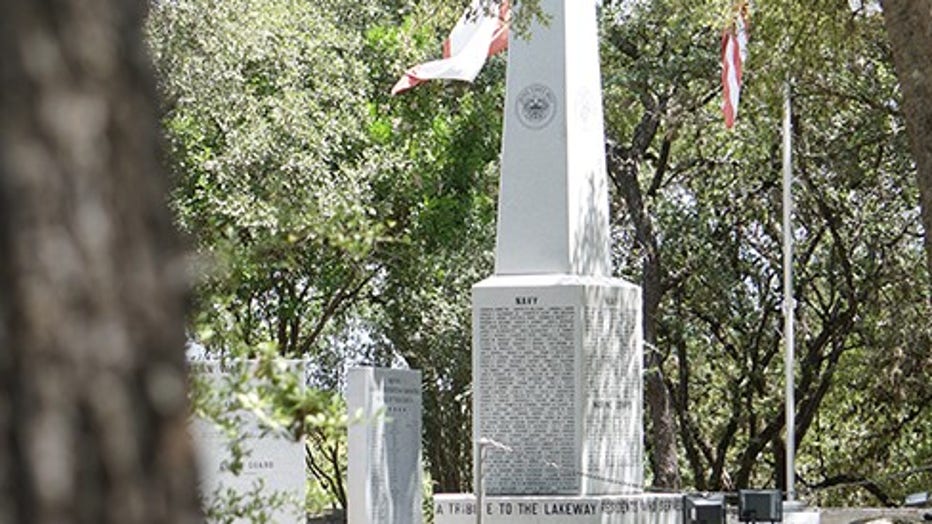 The monument includes more than 1,100 past and present Lakeway residents who have served or presently serve in the US armed forces during "official periods of conflict." (City of Lakeway)

Those added this year will also be recognized at the City of Lakeway's annual Veterans Day Ceremony in November.

The deadline for submission is July 25, 2022. A tax-deductible donation of $325 is required for each name to be engraved for veterans with WWII through the Vietnam War. Post-Vietnam names require a donation of $425. The city also says there is no space remaining for Navy veterans of WWII.

Those interested in having a name included on the monument should print and fill out the application and deliver to the Heritage Center or the Lakeway Activity Center during normal operating hours. Applications may also be mailed to: