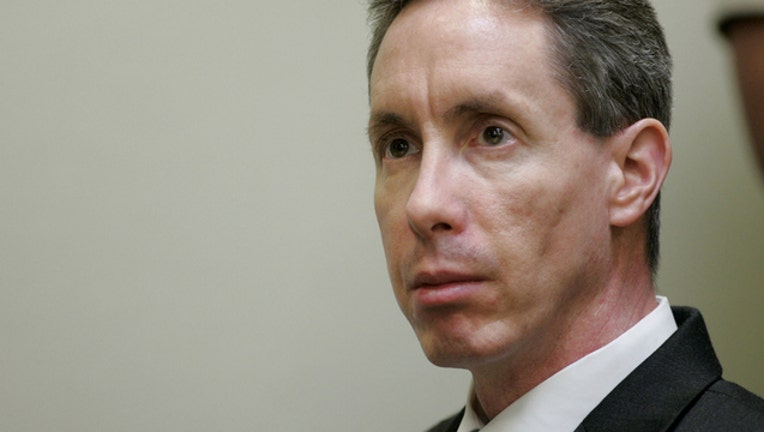 SALT LAKE CITY (AP) - Imprisoned polygamist leader Warren Jeffs has suffered a mental breakdown and isn't fit to give a deposition in a sex abuse case against him, according to a recent court filing.

Forcing Jeffs to testify would be "futile," said lawyers representing a community trust that once belonged to a polygamous sect run by Jeffs on the Utah-Arizona border.

The trust and Jeffs were sued in 2017 by a woman who says she was sexually abused by Jeffs when she was a child.

"The trust has received reports that Warren Jeffs has suffered a mental breakdown, and there seems to be a high likelihood that Warren Jeffs is not mentally competent to provide admissible testimony," lawyer Zachary Shields wrote in the July 8 filing.

Shields said Monday that he isn't trying to cover for Jeffs, who he says has done many awful things, but that he doesn't want attorneys to waste time and money traveling to the Texas prison where Jeffs is housed until he is determined to be mentally competent.

This is not the first time issues of mental and physical health have emerged regarding Jeffs, who is 63. He is serving a life sentence in Texas for sexually assaulting girls he considered brides. He tried to hang himself in jail in 2007 in Utah, had to be force-fed in 2009 at an Arizona jail and was put in a medically induced coma in 2011 after fasting in the Texas prison.

The woman's attorney, Alan Mortensen, countered in a July 15 filing that there is no evidence to support the claim that Jeffs isn't mentally competent.

Mortensen accused the trust of being "understandably very fearful" about Jeffs' testimony because the trust is liable for actions of Jeffs, who was past president of the group known as The Fundamentalist Church of Jesus Christ of Latter-day Saints, or FLDS.

The state of Utah took over the trust in 2005 and the court oversaw it for more than a decade before a judge recently handed it over to a board of community members who are mostly former sect members.

Shields said the trust, which had more than 700 homes and properties valued at about $100 million, shouldn't be liable for all of Jeffs' actions. Many of the people who benefit from the homes being resold at discounted rates are women and children who are former sect members who suffered under Jeffs' reign, he said. If the alleged victim is granted monetary damages in the case, the trust may have to dip into its account.

"It seems wrong that they would have to pay for Warren's crimes," Shields said.

A judge has set a court date on Aug. 27 in the southern Utah city of St. George to discuss if Jeffs will be ordered to give testimony.

The story was first reported by KSTU-TV in Salt Lake City.

Members of the FLDS still consider their leader and prophet to be Jeffs, even though he has been in jail in Utah or Texas continually since 2006. To his followers, he is a prophet who speaks to God who has been wrongly convicted.

In recent years, the group has lost hundreds of members and control of the sister cities of Hildale, Utah, and Colorado City, Arizona, amid a major leadership void started by Jeffs imprisonment and exacerbated by the conviction of his brother Lyle Jeffs on food stamp fraud charges.

Polygamy is a legacy of the early teachings of The Church of Jesus Christ of Latter-day Saints, but the mainstream church abandoned the practice in 1890 and now strictly prohibits it.