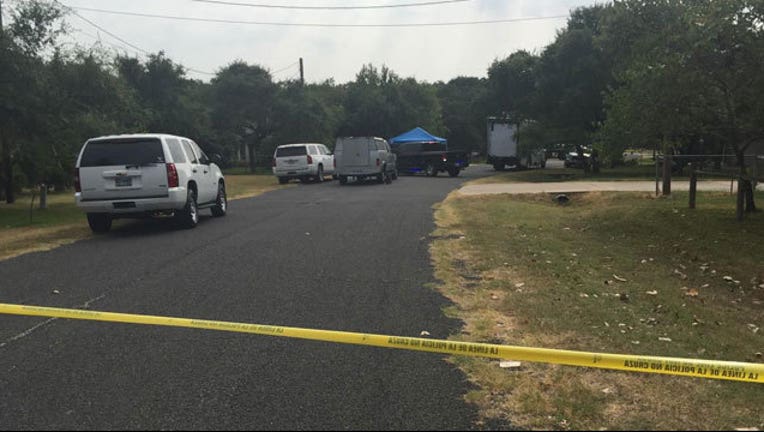 A Leander man is in jail tonight after police say they found explosives inside his home. Neighbors say he'd been setting them off for weeks.

Friday morning Leander police, Austin police and federal agents with the ATF surrounded the home of 57-year-old Steven Aldrich. Inside, officers say they found a short-barreled rifle, which is a prohibited weapon, components of explosives and small explosive devices.

"They were the size of a half-dollar to a quarter size and round," said Lt. Jackson Mitchell. "I don't know what his intent was. He'd obviously been detonating them, we believe, in the backyard."

"We received some phone calls regarding loud explosions. We had officers respond to the area and while they were talking with some of the complainants, they heard a second explosion," said Mitchell.

"While speaking with him he said he was making homemade fireworks," said Mitchell.

It was concerning enough for officers to get a search warrant which they executed Friday.

Neighbors say they've been hearing loud explosion-type sounds over the past few weeks. Even police say they heard something like that on July 10th.

"Last night we heard it and it was loud and it blew out the electricity," said neighbor Mary Darson.

Danny Sessom thinks he witnessed one of the explosions on his way home from work last week.

"I saw a flash and I just assumed that it was the weather, maybe lightning or something," said Sessom. "It's pretty crazy. I don't know why someone would do that in a neighborhood with houses so close to each other."

Even if Aldrich was making fireworks, officers say he was doing so illegally. Aldrich was charged with two counts of prohibited weapon and one count of components of explosives.

"Obviously, it's someone we really want to keep an eye on make sure he doesn't go to further extents of making larger-type items. With the arrest being made we hope that resolves the issue," said Mitchell.

In addition to the charges filed by Leander, the ATF is looking to file federal charges.