19-year-old Miles Speight, who is suspected of stabbing his mom to death in Leander, was taken into custody in Cedar Park.

LEANDER, Texas - The Leander Police Department says Telecommunications Officer Rowena Speight was the woman who was stabbed to death by 19-year-old Miles Speight, who was her son.

In a Facebook post, the Leander Police Department says Rowena had served in the department as a telecommunicator since 2016 and that "she will always be remembered for her bold spirit, her love of the Lord, and her passion to serve others."

The post goes on to say that, "Rowena will be sincerely missed, because her smile was infectious and her company always welcome.  We want to thank the Leander community and all of our partner agencies for their support as we navigate through this difficult process." 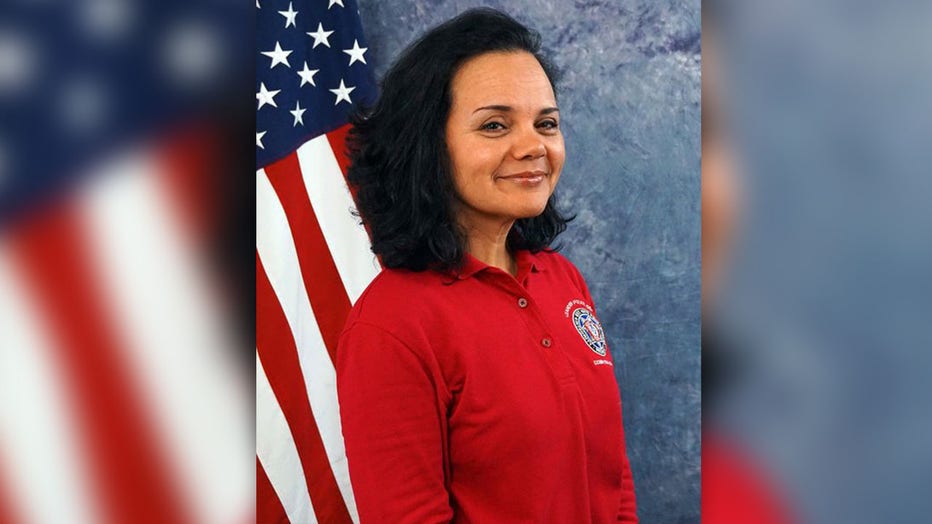 Rowena died after a reported domestic dispute with her son Miles on March 31. The incident began in the 12000 block of Hero Way West near Ran Road in Leander.

Police say at around 2:43 a.m. officers arrived at the home on Hero West Way and found Rowena unresponsive with stab wounds. Life-saving measures were administered but she was pronounced dead at the scene.

Miles fled the scene on foot in an unknown direction before officers arrived. A four-hour-long manhunt for Miles began involving multiple agencies and K9 units and residents in the area were asked to stay inside their homes and lock their doors.

Officials say 19-year-old Miles Speight, who is suspected of stabbing his mom to death in Leander, was taken into custody in Cedar Park. FOX 7 Austin's John Krinjak has latest details.

Cedar Park police took Miles into custody at Lakeline and Cougar Country and Mile was transported to Leander.

Officials say charges are pending. They say Miles does have a criminal history with the Leander Police Department.