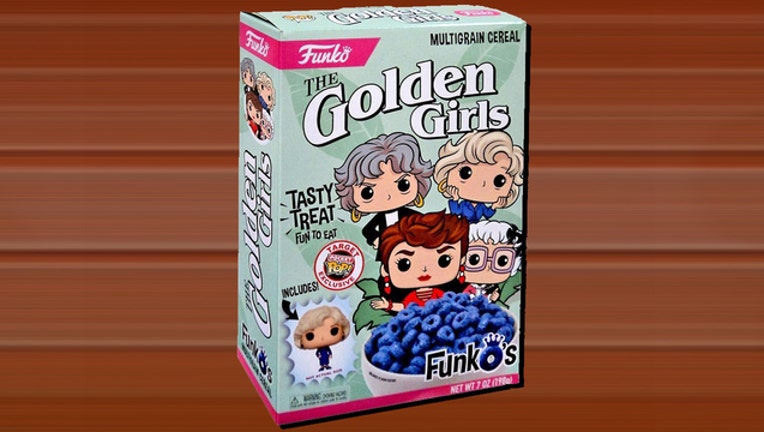 LOS ANGELES, CA (FOX 11) - It’s been a couple decades since the hit show Golden Girls went off the air (1985 through 1992), but that doesn’t stop fans from keeping the sitcom alive. And now, there’s a Limited Edition Golden Girls breakfast cereal out that is flying off the shelves.

The multigrain blue-looped shaped cereal was created by toy company Funko, is paying their tribute with this cereal that’s being sold at Target, costing around $7.99 per box.

Each box comes with a collectible toy of either Blanche, Rose, Sophia, or Dorothy.

The cereal has been so popular, starting bids range from $150 to $200 on eBay. There are no plans to make more after they sell out.