As the world continues to show its support for Ukraine amid a Russian invasion, many Americans, both at the federal and local levels, are calling for bans and boycotts of widely purchased Russian products and resources.

Russia’s invasion of Ukraine has prompted sanctions, boycotts and limited access to social media platforms by the U.S.

Governors are calling for local liquor stores to clear their shelves of Russian alcohol and President Joe Biden continues to add stricter sanctions including putting a stop to imports of some of Russia’s highly-imported natural resources.

The United States placed bans on imports of "luxury products" from Russia as further punishment for its invasion of Ukraine.

The broad trade shift, which revokes the "most favored nation" status for Russia, is being taken in coordination with the European Union and Group of Seven countries.

"The free world is coming together to confront Putin," Biden said from the Roosevelt Room of the White House. He also said countries were adding new names to a list of Russian oligarchs who are facing sanctions, and the U.S. is cutting the flow of high-end American products such as expensive watches, cars and clothing.

"We’re banning the export of luxury goods to Russia," he said.

Earlier sanctions imposed on Russian oil, gas and coal cut off about 60% of U.S. imports from the country.

In 2021, the U.S. imported roughly 245 million barrels of crude oil and petroleum products from Russia — a one-year increase of 24%, according to the U.S. Energy Information Administration.

"It’s an important step to show Russia that energy is on the table," said Max Bergmann, a former State Department official who is now a senior fellow at the Democratic-leaning Center for American Progress.

Russia provided less than 1% of U.S. vodka imports in December, according to the Distilled Spirits Council of the United States.

Over the past week, the boycott against vodka has grown. In an effort to support Ukraine, Total Wine and More, which operates 229 stores across 27 states, announced on social media it "removed all Russian-made products from our shelves." 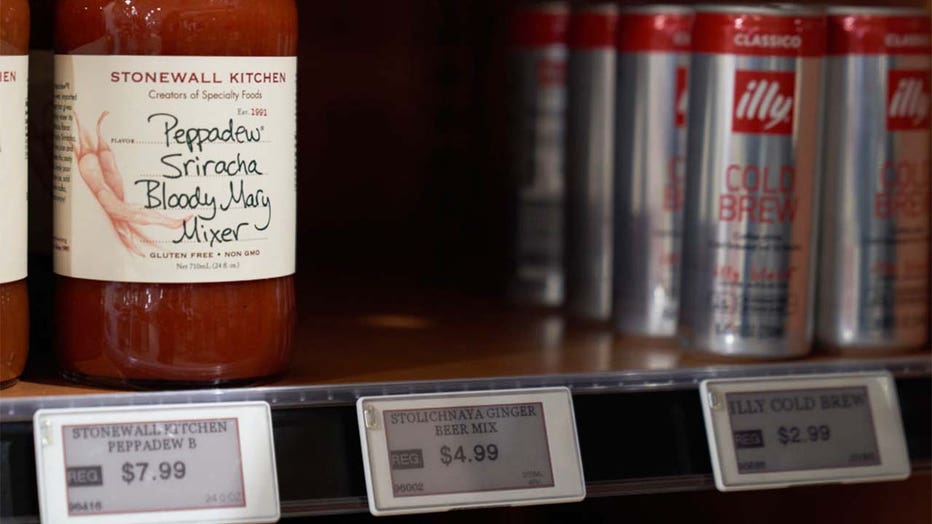 FILE - An empty space on a shelve, formerly held for Russian-owned brand mixers, following a state ban on Russian liquor at a store in New Hampshire.

Social media users also fired at Russia by sharing videos of people dumping Russian vodka and brandishing the #BoycottRussia, #DumpRussianVodka and #BuyUkrainianVodka to encourage others to do the same.

"If you want to boycott Russian vodka, here are the ones to take off the shelf," the user wrote.

The Associated Press and FOX News contributed to this report. This story was reported out of Los Angeles.